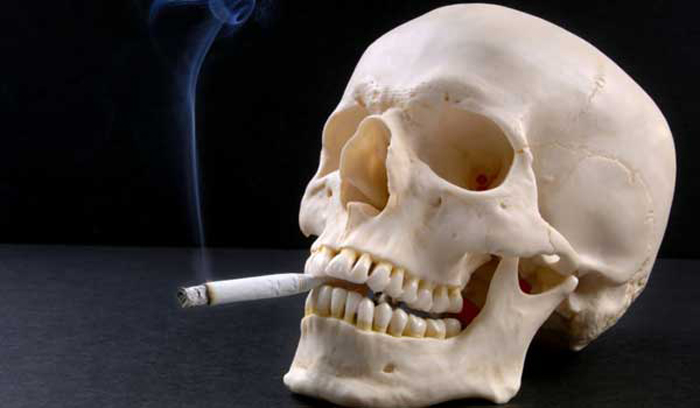 Kids who smoke, vape or chew tobacco are flocking to the flavored varieties, a new government report shows.

Seventy percent of middle and high school students who say they`ve used tobacco are going for the flavor, the Centers for Disease Control and Prevention reports. And that`s a worry.

"Flavored tobacco products are enticing a new generation of America`s youth into nicotine addiction, condemning many of them to tobacco-related disease and early death," said CDC director Dr. Tom Frieden.

"Nicotine is not safe for the developing brain, and we must do everything we can to protect kids from a lifetime of tobacco use and nicotine dependence."

Nearly a quarter of high school students have used some kind of tobacco product, the CDC has found. And more than 7 percent of middle-schoolers have.

The CDC and FDA are especially concerned about flavored products, which may seem safer and more attractive to kids and teens.

The Food and Drug Administration has outlawed the use of candy and other flavorings, except menthol, in cigarettes, but hasn`t extended this ban to other tobacco products - including e-cigarettes.

Brian King of the CDC`s Office on Smoking and Health says e-cigarette use has skyrocketed.

"We saw a marked increase between 2013 and 2014 alone, which has made e-cigarettes the most common tobacco product used among middle and high school students," King told NBC News.

"It surpassed cigarettes in 2014. We know from existing research that flavors can make these types of tobacco products particularly appealing to youth. And in the case of e-cigarettes and hookahs, they`re available in a lot of kid-friendly flavors such as candy, fruit and chocolate."

Teens say they like the way e-cigarettes look, and once they try them, they are more likely to move to traditional cigarettes.

"The vast majority of these products contain nicotine, which we know can adversely affect the developing adolescent brain, aside from being highly addictive," King said.

They contain other chemicals, too, including formaldehyde. The FDA`s proposed its plan for regulating them and would make it illegal for kids under 18 to use e-cigarettes.

The researchers used the 2014 National Youth Tobacco Survey for their findings, published in the CDC`s weekly report on disease, death and health behavior.

"Among U.S. middle and high school students who used a tobacco product in the preceding 30 days in 2014, an estimated 3.26 million used a flavored tobacco product," they wrote.

"In 2014, among middle and high school students who used a tobacco product within the past 30 days, 70 percent reported using at least one flavored tobacco product, including 1.58 million e-cigarette users, 1.02 million hookah users, 910,000 cigar smokers, and 900,000 menthol cigarette smokers."

Most adult cigarette smok­ers start smoking before they turn 18, the CDC found. Smoking is the single leading cause of cancer, heart disease and stroke.

"Today`s study shows why it must be a priority for the FDA to ban all flavored tobacco products. Once and for all, it`s time to stop tobacco companies from targeting kids with flavors like menthol, watermelon and gummy bear," said Matthew Myers, president of the Campaign for Tobacco-Free Kids.