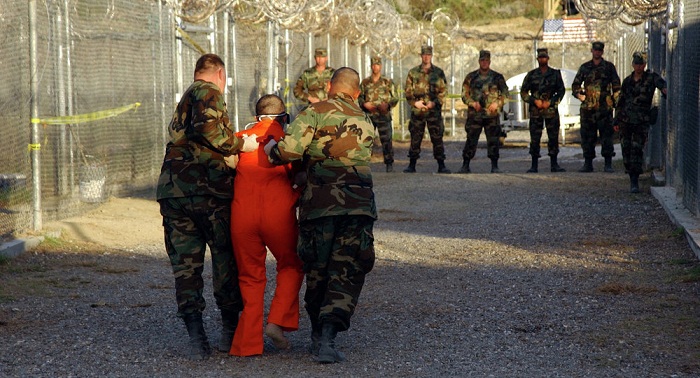 Roughly a quarter of detainees had no recorded affiliation with any terror organization at all, 63% refused to provide any incriminating evidence, and the quality of the intelligence gathered has yet to yield any fruitful results.
The US established the military prison at Guantanamo Bay, Cuba over 14 years ago citing the need to detain and interrogate terror suspects captured during the US-led international "war on terror."

That effort has failed based on recent research based on WikiLeaks documents covering the interrogations and subsequent intelligence gathered at the US torture facility. Researcher Emanuel Deutschmann of the Bremen International Graduate School, ran an empirical analysis tracking intelligence patterns and the likelihood that the intelligence was correct.

His findings were astonishing. Although 85% of Guantanamo detainees were explicitly brought to Cuba “to provide information,” almost two thirds did not provide any information about fellow detainees at all. This suggests that either the detainees did not have the information that US officials had hoped for or that US torture methods are an “inefficient” method for gathering intelligence.

Despite the ineffectiveness of the torture regime, the practices continued in full with very little oversight or questioning of their efficacy due to a lack of public information. That changed in 2010 when Bradley Manning released Gitmo memorandums on 765 detainees to Wikileaks.

The memorandums contained a thorough data set including factors like age, nationality, health status, supposed affiliations with terrorist organizations, intelligence value, disobedient behavior in addition to any incriminating statements made by detainees.

Interestingly, for nearly a quarter of the detainees, there was no recorded affiliation with a known terrorist organization in their file begging the question why they were there in the first place. Many others were captured fleeing US-led strikes in Afghanistan and Iraq calling into question the accuracy of enemy combatant designations in the wake of chaos and the fog of war.

In total, 63% of detainees did not incriminate themselves or any others despite the application of indefinite detention and near constant torture. Nearly a quarter of detainees did implicate a small number of other detainees as being involved in a terror organization and a smaller number implicated anybody and everybody at the facility in what is seen as an attempt to just tell their torturers what they wanted to hear.

With data analytics further establishing that torture and crimes against humanity lack any intelligence gathering value, the question remains whether the 2016 presidential candidates will pay attention to the researchers or continue to play towards voters darker sentiments.