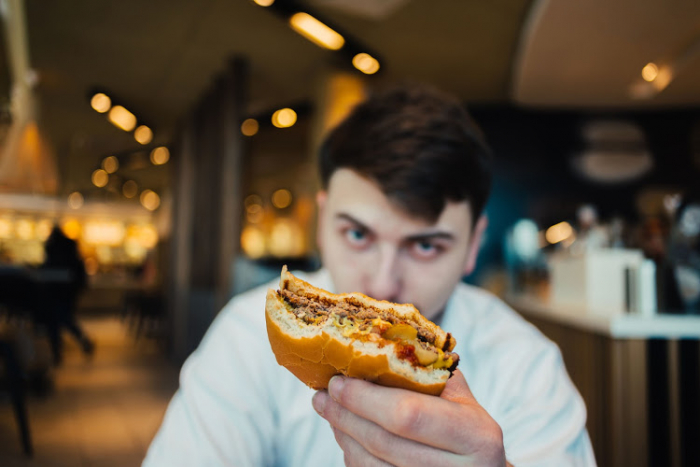 “Eat less beef” is getting a lot of play these days. Pat Brown, CEO of Impossible Foods, recently boasted that “the whole point” of his company is to put beef farmers out of business. A new sweeping environmental report urged Americans to cut back on beef and lamb, and a senior director for the Plant Based Foods Association called this year a “tipping point” for the industry. But the plant-based revolution isn’t over and won just yet. Plant-based foods are definitely trending, but will this trend fizzle or can it evolve into a sustained reduction in beef-eating?

In the past year, sales of plant-based foods have grown 11%, bringing the plant-based market to $4.5 billion. Those are the latest numbers from the Good Food Institute, an advocacy group for plant-based eating that, together with the Plant Based Foods Association, issued last week’s “tipping point” report. It’s impressive growth, to be sure, but, just to keep things in perspective, the U.S. beef industry was valued at $105 billion not too long ago in 2015. Beef farmers aren’t going anywhere.

That sweeping, 556-page report with a 22-point action plan doesn’t call for an army of vegans to bring down the beef industry. Richard Waite, World Resources Institute researcher and co-author of the report, says their plan assumes most people will continue to eat beef well into the future. Not only that, the plan calls only for U.S. and other Western eaters to consume just a little less beef so that people in the developing world can eat a little more.

But You Can Still Eat Meat, Right?

Despite Brown’s comments, companies like Impossible Foods and Beyond Meat know full well that most of their customers still eat animal protein. WRI’s goal is a relatively modest reduction: about a burger and a half per week, according to Waite. “For the 95% of people who do eat at least some meat, [we’re] helping them choose options that are more plant-forward.”

It’s possible to call yourself a plant-based eater and still eat meat. According to a 2019 survey from the International Food Information Council, 30% of consumers think plant-based is synonymous with vegan, that is, eating no animal-based products at all, but a somewhat smaller group defines it as simply eating more vegetables and less processed foods, akin to Michael Pollan’s “eat food, not too much, mostly plants,” rather than strictly vegetarian or vegan.

Whatever the definition, most people seem to think plant-based diets are a healthier way of eating. According to a 2018 survey from the market research group Mintel, 39% chose “health” as the primary motivator for eating plant-based proteins, far outranking environmental and animal welfare concerns, at 13% and 11%, respectively. The IFIC survey showed similar thinking, with 46% of Americans answering that plant-based proteins are “better for you” than animal-based choices, and about three quarters of the respondents calling plant-based foods “healthy” overall.

Here’s where things get tricky. “Plant-based” can be a very wide category filled with both healthy and not-so-healthy food. Take the Impossible Burger, for example. The nutritional content of an Impossible burger is fairly similar to beef, at least in terms of calories and fat, but, just as with beef burgers, there’s plenty of variation in how these veggie burgers can be prepared. Some are loaded with cheese, sauces or toppings like fried onions, all of which can increase the fat and calorie count.

The environmentally friendly choice may not always be the healthy one. To take a ridiculous example, says Waite, if you replace burgers with candy bars and soda, your greenhouse gas emissions may go way down but your health will obviously suffer. Waite says that’s why it’s imperative to encourage dietary shifts that bring about environmental gains, but also “do no harm” in other important areas like nutrition or animal welfare.

Feed Me Healthy, But Not Too Healthy
To make things even more complicated, the term “healthy” itself can be as tricky to pin down as “plant-based.” Thirty-one percent of plant-based consumers said they were eating a plant-based diet in order to manage their weight, while others said they were more concerned with avoiding processed foods (processed, ultra-processed, hyper-processed...speaking of definitions no one can agree on...).

The healthy sell can be a tricky one, says Waite. “We shouldn’t assume that, just because people say they care about their health, that calling a food healthy is going to sell it.” Using words like “fat-free” or “low-sugar” only tell consumers what they’re missing out on. It’s sort of healthy-eating, “1990s style,” he says, which isn’t all that appealing. On the other hand, more positive-sounding descriptors like “antioxidants” and “protein-packed” fare much better, which might be why people find prefer “plant-based” to “vegan,” too.

Just because there are more unhealthy plant-based options on the menu these days doesn’t mean plant-based eaters are all eating junk. According to Waite, data suggests people tend to eat healthier during the week and then indulge when they go out on the weekend. So, for plant-based eaters, that fully-loaded Impossible Burger may just be their weekly caloric splurge.

Let’s also not discount the vegans and vegetarians who just want a wider range of menu options. Kim Bartley, vice president of marketing for White Castle, says when she went vegan for an entire year to be able to relate better to young vegan consumers, she discovered that in most fast food places, the only vegan option is french fries or a salad, and even the salad usually comes topped with meat. Since 2018, White Castle has been serving Impossible burgers alongside its beef options on the menu.

Many Americans say they want to eat more sustainably, even if the definition of “sustainable” in the food system is just as murky as “healthy” and “processed.” Enter The Cool Food Pledge, a collaborative effort between several environmentally minded groups, including WRI, that will launch officially this September in conjunction with the UN Climate Action summit. “Companies, universities, hospitals, public facilities—basically anyone who provides a lot of food to a lot of people—[can] commit to reducing their food-related emissions by 25% by 2030,” says Waite. And that’s the crucial test. If environmentalists can succeed at making the case for eating less beef, the vegan junk food trend might transform into a larger shift towards climate-conscious eating.