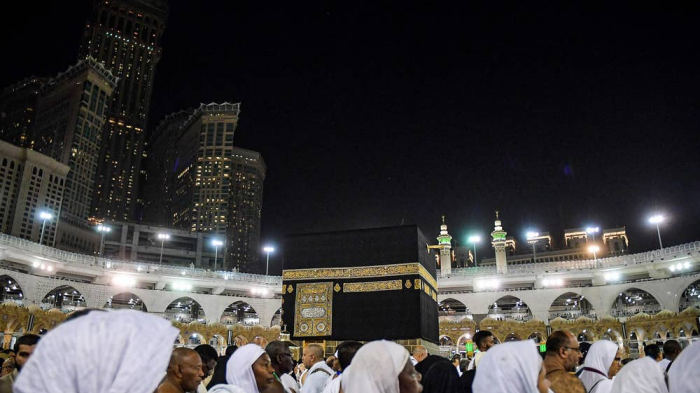 Climate change could mean that the millions of Muslims who make the annual five-day pilgrimage to Mecca in Saudi Arabia are putting themselves in “extreme danger”.

For the world’s 1.8 billion Muslims, the Hajj pilgrimage is considered a religious duty that must be carried out at least once in their lifetime.

However, researchers say worshippers could be taking huge risks in the coming years as temperatures start to soar, with some spending 20 to 30 hours outside.

There have already been deadly stampedes during the event – one in 1990 resulted in 1,462 deaths and one in 2015 left 769 dead and 934 injured. Both years coincided with peaks in temperatures in the region.

Scientists from Massachusetts Institute of Technology (MIT) say authorities should consider limiting how many people can take part.

“If you have crowding in a location the harsher the weather conditions are, the more likely it is that crowding would lead to incidents,” said Elfatih Eltahir, professor of civil and environmental engineering at MIT.

When looking at the level at which heat and humidity become dangerous, scientist refer to the “wet bulb temperature” which is a measure of how well sweating cools the body down.

If the humidity is high, the wet bulb temperature is lower because people are less able to perspire.

Temperatures above 39C are classified as a “danger” by the US National Weather Service. A wet bulb temperature of above 51C is classified as an “extreme danger” with a high risk of heat stroke, which can damage the brain, heart, kidneys and muscles, and even result in death.

Scientists say climate change will significantly increase the number of days each summer where wet bulb temperatures will exceed the “extreme danger” limit, according to the paper published in Geophysical Review Letters.

Professor Eltahir says preparing for these potentially unsafe conditions will be important for officials in Saudi Arabia.

There are certain protective measures in place, such as nozzles that provide a mist of water in some outdoor locations but in years ahead, researchers say it may be necessary to limit the number of participants allowed to take part.

Authorities say 1.85 million pilgrims from 180 different countries joined more than 600,000 Saudi residents in the journey this year which finished earlier this month.

The rite marks the beginning of the Islamic holiday Eid-al-Adha, which translates as “festival of the sacrifice”.