`Iran has always recognized the territorial integrity of Azerbaijan 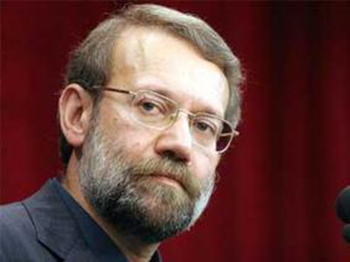 "Iran supports settlement of the Nagorno-Karabakh conflict basing on the principle of protection of Azerbaijan`s state borders".
The delegation of Speaker of Azerbaijani Parliament Ogtay Asadov, being in a visit to Iran to attend swearing-in ceremony of Iranian President-elect Hassan Rohani has met with Iran`s Majlis Speaker Ali Larijani.

Asadov said that there are ample opportunities to protect the improvement of inter-parliamentary relations that play an important role in the development of Azerbaijan-Iran relations.

Iran`s Majlis Speaker said that the relations between the two countries basing on the history would be protected from now on.

It was noted that Iran has always recognized the territorial integrity of Azerbaijan and supports settlement of the Nagorno-Karabakh conflict basing the principle of protection of the state borders.

Prospects for the development of relations between the two countries, further enhancement of inter-parliamentary relations, activities of the customs checkpoint, as well as other issues were discussed at the meeting.

The meeting was followed by the one-on-one meeting.