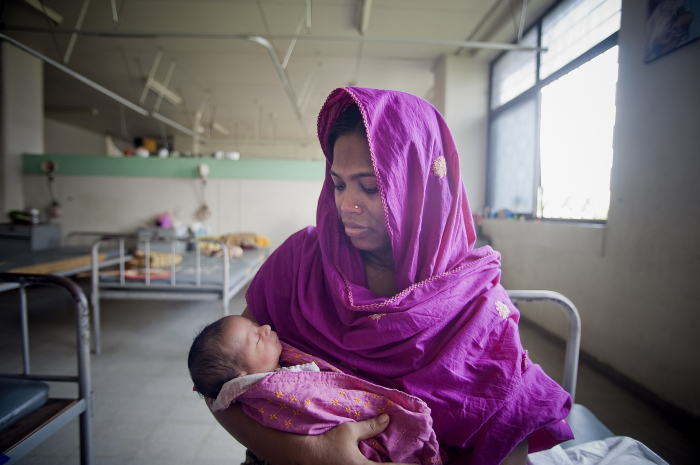 Women are often mistreated during labor and delivery at hospitals in low-income countries, a new study suggests.

During in-person observations of births at urban hospitals in Ghana, Guinea and Nigeria, researchers found that more than 40 percent of women experienced physical or verbal abuse, stigmatization or discrimination related to race or ethnicity, according to a report in The Lancet.

Surveys of women who had recently given birth in those countries and in Myanmar yielded similar findings.

Both the surveys and the observations highlighted frequent physical abuse, such as being slapped, hit, punched, or having a provider forcefully push down on the woman’s abdomen. Women were often forcefully held down in bed as they labored.

Verbal abuse was also common, including being shouted at, scolded or mocked.

“Ultimately, to achieve respectful maternity care, the balance of power must shift from systems to people, and to women themselves,” wrote the researchers, led by Meghan Bohren of the Melbourne School of Population and Global Health. They did not reply to requests for comment.

The researchers saw 838 of the 2,016 women, nearly 42%, being physically and verbally abused, stigmatized or discriminated against. Physical abuse occurred during 14% of the births observed. Just under 38% of women experienced verbal abuse, with the highest rate in Nigeria, at 64%.

Women were most likely to suffer abuse within 30 minutes before and 15 minutes after giving birth.

More than half the women, 57%, were not offered pain relief, and nearly 20% were not given pain relief when they requested it.

Given that people often behave better when they are watched, what the researchers observed is probably an underestimate, wrote Patience Afulani and Cheryl Moyer from the University of California, San Francisco in an editorial accompanying the study.

Dr. Taraneh Shirazian welcomed the new study, noting that the large numbers of women give strength to its findings.

The results didn’t surprise her.

“I work a lot globally,” said Shirazian, president and founder of Saving Mothers, an organization of doctors and allied professionals who work with governments and local organizations to improve maternal health care in limited-resource settings.

“And I see quite a bit of women being mistreated during delivery: being hit and screamed at,” Shirazian said. “I’ve seen providers doing it. I think probably there is a male-female dynamic at play. Most providers, if not all, are male. And they don’t see this as wrong.”