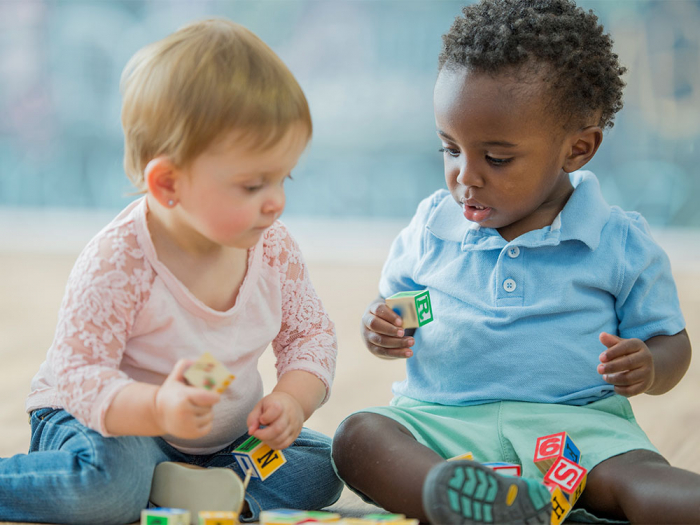 Children develop a sense of what counting is years before they can say ”one”, “two” and “three”, scientists have discovered.

Researchers found toddlers as young as 14 months who hear objects being counted are able to associate the number words with the corresponding quantities – despite not understanding the full meaning of these words until they are about four years old.

The research showed ”that babies actually have a pretty sophisticated understanding of the world,” said senior author Lisa Feigenson, a cognitive scientist at Johns Hopkins University in Maryland.

“They’re already trying to make sense of what adults around them are saying, and that includes this domain of counting and numbers,” she added.

Previous research has shown that the process of counting begins at around two-and-a-half years old, when youngsters begin to recite the count list but do not yet know what the count words mean.

At around the age of four, children begin to understand the cardinal principle – which is a connection between numbers as words and a quantity of items.

The researchers recruited 80 toddlers, aged between 13 and 20 months, as part of the experimental study.

The team performed five tests, all of which involved hiding toys – either dogs or cars – inside an opaque box.

In some instances, the researchers counted each toy aloud before putting them into boxes, while in other scenarios they simply dropped the toys into the box one by one in full view of the toddlers.

But when the researchers counted the toys, the toddlers were better at remembering the number of toys and continued to look in the box to try to find them all.

Jenny Wang, a former graduate student at Johns Hopkins and one of the study authors, said: “These results were actually really surprising because all the prior research of the past decade has shown how difficult it is for children to master the meaning of count words.”

She added: “Our results are the first to show that very young infants have a sense that, when other people are counting, it is tied to the rough dimension of quantity in the world.”