Only children are more likely to be obese, study says 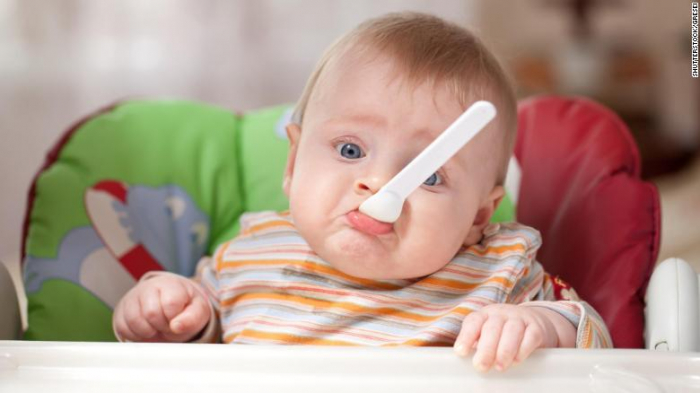 Only children may be at a higher risk for obesity than children who have siblings, according to a new study published Wednesday.

While the sample size was small and the study could not establish cause and effect, it does "raise an interesting point that we need to better understand," said pediatrician Dr. Natalie Muth, who chairs the American Academy of Pediatrics Section on Obesity.

"Several studies in addition to this one have shown that only children are more likely to have overweight or obese," said Muth, who was not involved in the study.

"Why is that? While this study doesn't provide the answer to that question, it is helpful in building the body of research that eventually will provide clearer answers," Muth said.

What it means to be an 'only'

Singletons have long fascinated researchers. Early studies focused on the many negatives society falsely believed about only children, like the idea that a child would become headstrong, selfish, egocentric, competitive, excessively spoiled and unable to share if raised by themselves. Or, that most would likely turn into self-absorbed hypochondriacs.

"A lot of people assumed only children are defective, and so a lot of research has been done on achievement and personality," said Toni Falbo, a psychologist at the University of Texas at Austin who has researched singletons since the 1980s.

In 1986, Falbo did a meta-analysis of 200 studies on only children and found they excelled in achievement, intelligence and character over children with siblings -- especially those with older brothers or sisters.

"On average, only children get more education and they score higher on various achievement tests," Falbo said. "On personality achievements, they're doing fine. They have reasonably positive personalities and they're not prone to mental illness any more so than anyone else."

The only difference her analysis found was that singletons appeared to have stronger bonds with their parents than children with siblings, a finding that was later supported by a 2018 study of 10,000 German schoolchildren.

Over the last few decades, however, studies in Europe and China began to look at a link between weight gain and being an only child; some also looked at birth order.

The single-child policy in place in China between 1980 and 2016 gave researchers a gold mine of data. For example, one study of nearly 20,000 Chinese singletons found only sons in urban China were 36% more likely to be overweight and 43% more likely to be obese than sons who had siblings.

Other studies found being an only or last-born child was associated with obesity, possibly due to the ways that parents behaved during mealtimes: less praise, more association with food as a reward and more negative control over food choices.

In the current study, researchers found the mothers of only children were more likely to be overweight themselves. Could this study's results simply be due to the fact that a parent passed along poor eating habits or a genetic tendency for obesity?

"We know that obesity is very strongly connected within families so it is certainly possible that could explain the difference in this study," Muth said.

However, lead author Chelsea Kracht, a researcher at Louisiana State University's Pennington Biomedical Research Center, believes the results could be explained by the differences in planning and organization required of mothers with multiple children.

"With multiple children you're scheduling a little bit more of your meals. So we're going to have more at-home meals. We're probably going to have less fast food," Kracht said in an interview for the Journal of Nutrition Education and Behavior.

Muth suggested several other possibilities. "Perhaps there is more food to go around. Or that they are less active because they don't have a live-in peer to play with them. Or maybe there is a biological factor at play," Muth said. "It is hard to say for sure, but this is the question that researchers are trying to figure out."

Falbo is currently researching singleton adolescents and finds they spend more time on screens, which reduces their ability to be active.

"My research also shows they are more likely to eat fast foods frequently," Falbo said. "In terms of the whole research area of obesity, it's known that the more home-cooked meals you eat as opposed to eating fast food, the less likely you are to have a high body mass index."

The good news, Falbo says, is that these behaviors are fixable. "You have to reduce the screen time [and] control the amount of fast food. It's doable," she said.

Muth agrees: "While we don't understand all of the ins and outs of why, we do know that there is a notably increased risk of childhood overweight and obesity for only children.

"Parents of only children who are aware of this increased risk may be able to prevent overweight or obesity in their child by paying extra attention to creating a healthy and active home environment," she said.