Is it better to drink cow’s milk or a dairy-free alternative? 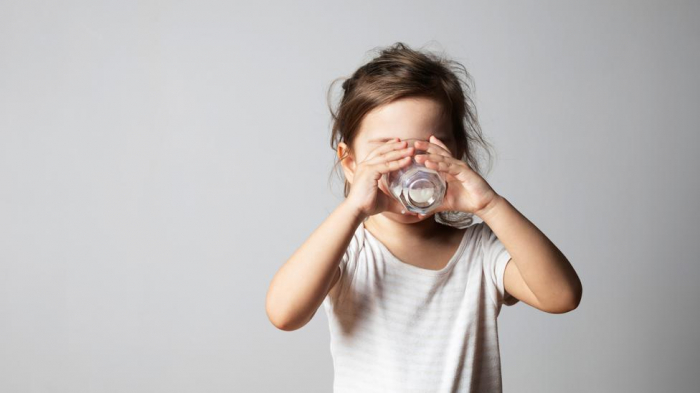 Milk plays a crucial role in the life of all mammals, right from birth. But some say that drinking another mammal’s milk is unnecessary, unnatural, even unhealthy.

As the only animal to drink the milk of another species, humans have an unusual relationship with the white stuff. Most other animals are weaned off milk in infancy, once we start to need more complex foods. So why do humans keep drinking it?

People living in parts of the world where people domesticated cows, including northern Europe and North America, only evolved to digest lactose around 10,000 years ago. As a result, around 30% of the world’s population continue to produce lactase, the enzyme required to be able to digest lactose, into adulthood. The rest cut back their production after the weaning phase of infancy.

Most people, then, are lactose intolerant, making milk-drinking northern Europeans an anomaly. In this region, only around 9% of people are lactose intolerant. Even so, northern Europeans might wish to reduce their milk intake because of other concerns, such as our health and the environmental costs of animal agriculture, which has been driving the growth of dairy-free alternatives to cow’s milk. (Read more about which humans evolved to drink milk, and why).

But are there any health benefits to ditching cow’s milk for an alternative drink, or does cow’s milk provide us with vital nutrients we can’t get elsewhere? And does milk actually aggravate most people’s lactose intolerance?

Cow’s milk is a good source of protein and calcium, as well as nutrients including vitamin B12 and iodine. It also contains magnesium, which is important for bone development and muscle function, and whey and casein, which have been found to play a role in lowering blood pressure.

The UK’s National Health Service recommends children between the age of one and three consume 350 milligrams of calcium a day, which just over half a pint of milk would provide, for healthy bone development. But when it comes to adults, research as to whether cow’s milk helps to keep our bones healthy is conflicting.

While calcium is required for healthy bones, the evidence that consuming a calcium-rich diet will prevent bone fractures is unclear. A number of studies have found no significant decrease in fracture risk from drinking milk, while some research suggests that milk could actually contribute to fracture risk.

One study in Sweden found that women who drank more than 200 millilitres of milk daily – less than one glass – had a higher risk of fractures. However, the study was observational, so the researchers cautioned against hyperbolic interpretations of their findings. It could be that people who are prone to fractures tend to drink more milk, warns the study’s author.

But calcium is crucial during our adolescence for the development of bone strength, says Ian Givens, an expert in food chain nutrition at the University of Reading. 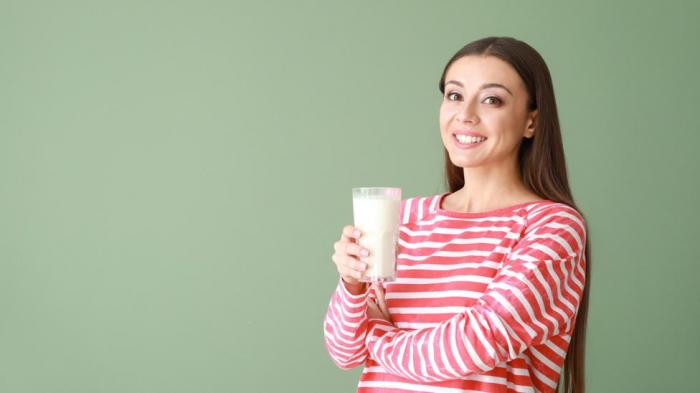 One study found that women who drank 200 millilitres of milk daily had a higher risk of bone fractures (Credit: Alamy)

“If you don’t get bone development correct in your teenage years, you run a higher risk of bone weakness in later life, particularly for women after the menopause, who lose the benefits of oestrogen,” Givens says. (Read more about whether we should drink milk to strengthen bones).

Another concern around milk in recent decades is the hormones we consume in cow’s milk. Cows are milked when they’re pregnant, when their oestrogen levels increase 20-fold. Although one study linked these oestrogen levels to breast, ovarian and uterine cancers, Laura Hernandez, who studies lactation biology at the University of Wisconsin in the US, says ingesting hormones through cow’s milk is nothing to worry about. After all, “Human milk has hormones in it, too – it’s part of being a mammal,” she says.

A more recent review of studies looking into whether the amount of oestrogen consumed via milk is harmful found no cause for concern. Researchers found that oestrogen levels only start to affect mice’s reproductive systems when supplemented with 100 times the levels found in cow’s milk, and researchers only detected an increase in oestrogen levels in female mice and a decrease in testosterone levels in male mice after the dosage reached 1,000 times normal levels. It’s very unlikely that humans are a thousand times more sensitive to oestrogen levels in milk than mice, says the study’s author, Gregor Majdic, a researcher at the University of Ljubljana's Center for Animal Genomics in Slovenia.

Studies have also found a link between milk intake and heart disease, due to milk’s saturated fat content. But whole milk only contains around 3.5% fat, semi-skimmed around 1.5% and skimmed milk 0.3% – while unsweetened soya, almond, hemp, coconut, oat and rice drinks have lower levels of fat than whole milk. (Read more about the true risks of saturated fats.)

In one study, researchers divided participants into four groups based on the amount of milk they drank, but they found that only those who drank the most – almost one litre per day – had an increased risk of heart disease. The association could be because those who drink so much milk don’t have a healthy diet, says Jyrkia Virtanen, a nutritional epidemiologist at the University of Eastern Finland.

“Only very high milk intake can be bad, but there’s no research suggesting that moderate intake is harmful,” he says. 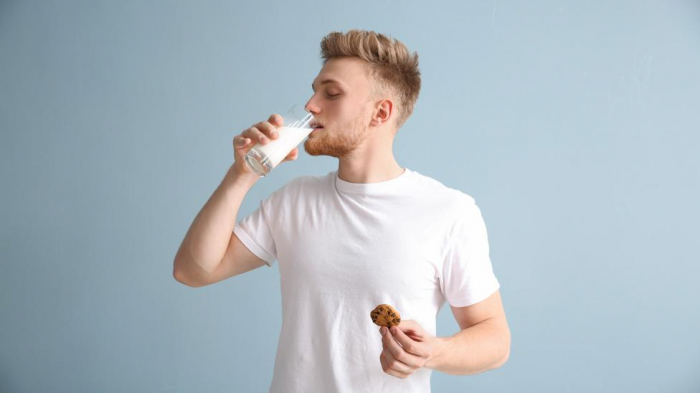 People who drank a litre of milk a day may have an increased heart disease risk, but that could be because they don’t have a healthy diet overall (Credit: Getty Images)

It’s also possible that those with lactose intolerance may be able to drink small amounts of cow’s milk. Some experts argue that adverse symptoms – such as bloating and stomach cramps – are a response to a build-up of lactose in the body, and each individual has a different threshold before experiencing symptoms.

Christopher Gardner, a nutrition scientist at Stanford Prevention Research Center in California, carried out a study comparing the symptoms of people with lactose intolerance when they drank two cups of soya milk, raw milk or regular milk every day. He found that many of them didn’t experience serious symptoms.

“We found lactose intolerance is less of a dichotomy than a continuum, and that a lot of people can tolerate modest amounts of dairy,” he says.

The rising demand for alternatives

While there’s a lot of research looking at the effects of cow’s milk on our health, there’s less research for dairy-free alternatives. A glance at any supermarket’s milk aisle suggests rising demand for these alternatives, made with soy, almonds, cashews, hazelnuts, coconuts, macadamia nuts, rice, flax, oats or hemp. The main ingredient is processed and diluted with water and other ingredients, including stabilisers such as gellan gum and locust bean gum.

Soya milk is the best replacement for cow’s milk in terms of protein, as it’s the only one with comparable protein content. But the proteins in alternative drinks may not be “true” protein, says Givens.

“It may be of a substantially lower quality protein than milk, which is a critical point for children and the elderly in particular, who have an absolute requirement for high quality protein for bone development,” he says. 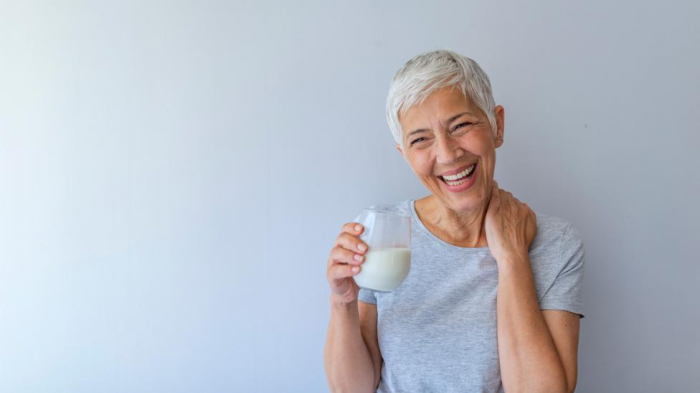 Soya milk is the best replacement for cow’s milk, but because its protein quality may be lower, it may not be the best choice for the elderly (Credit: Alamy)

There’s no research to suggest we can get much nutrition from the main ingredients in these drinks, says Sina Gallo, a nutrition scientist from George Mason University's department of nutrition and food studies in Virginia, US. They may contain other micronutrients, she adds, but you won’t get the same benefits from an almond drink as you would from eating almonds.

Milk alternatives are usually fortified with the nutrients that occur naturally in cow’s milk, such as calcium. But scientists don’t know if fortified vitamins and minerals give us the same health benefits as those naturally occurring in cow’s milk and say further research is needed to establish the consequences of added calcium in the human body.

“The bioavailability of calcium may be different when it’s fortified compared to when found naturally, and this is a big issue with some of these products,” says Gallo. “Cow’s milk contains other things, including fat, which may affect nutrients’ bioavailability.”

In the US, however, cow’s milk is fortified with vitamin D, and research suggests this can have similar beneficial effects to getting the vitamin naturally from sun exposure.

Nevertheless, experts are advising that we don’t assume that these alternatives are a like-for-like for children, says nutritionist Charlotte Stirling-Reed – even when they are fortified. “Cow’s milk is a very nutrient-dense food, and fortified plant milk doesn’t always cover all nutrients,” she says. 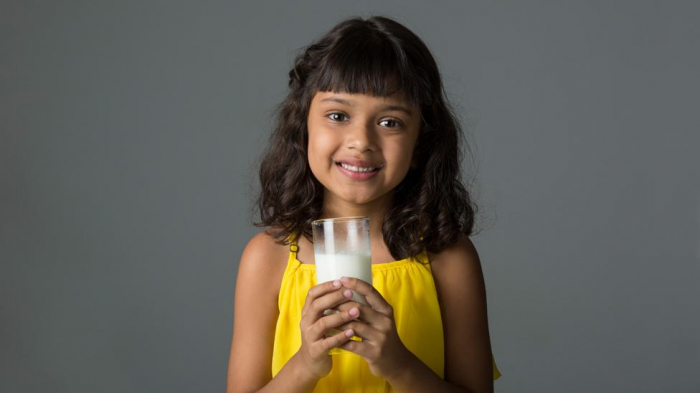 Stirling-Reed argues that we need public health guidance on whether alternative drinks can be used as a substitute for cow’s milk for children, as well as for the elderly. “Switching children from cow’s milk to other beverages could be a public health issue, but we just don’t have a lot of research for it yet.”

There are also concerns about what milk alternatives do contain, as well as what they lack. While cow’s milk contains lactose, a naturally occurring sugar, milk alternatives often contain added sugar, which is more harmful to our health.

Deciding whether to drink cow’s milk or one of the many alternatives can be confusing – partly because there are so many options. Picking your go-to milk or milk alternative isn’t a question of what’s deemed unhealthy or healthy, says Hernandez, but looking at the nutritional information of each and deciding which drink is best for you individually.

Someone who isn’t lactose intolerant, who is at high risk of developing osteoporosis or heart disease, for example, might choose low-fat cow’s milk, while someone who’s concerned about the environment might choose the one with the lowest environmental cost.

“You can decide which drink suits you, and continue to refine your diet and make the right decisions for your context,” says Gardner.

Whatever you decide, you won’t necessarily be missing out on vital nutrients if you eat a balanced diet. In most cases, a substitute, or substitutes, can be used in place of milk. “While it’s not necessary to avoid milk, it’s also not necessary that we drink milk, either,” says Virtanen. “It can be replaced with other products – there’s no single dietary component or food that’s absolutely necessary to our health.”