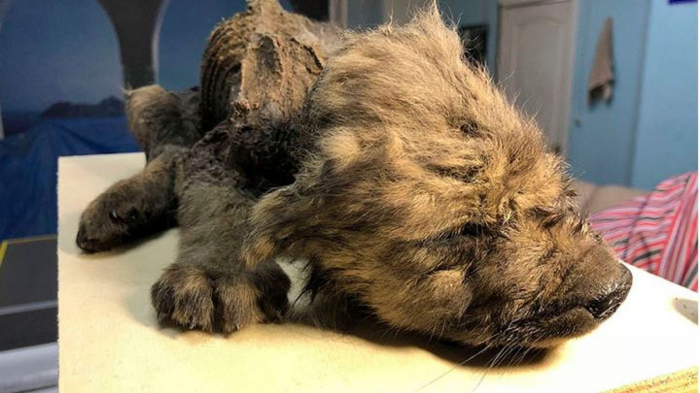 The perfectly-preserved body is discovered in permafrost in Siberia but DNA tests fail to determine its ancestry.

An "amazingly well-preserved" 18,000-year-old puppy has been found in Siberia - but scientists cannot decide whether it is a dog or a wolf.

Now named Dogor, a local word for friend, it was found near Yakutsk in eastern Siberia last summer.

The male's nose, teeth and fur are in remarkable condition. 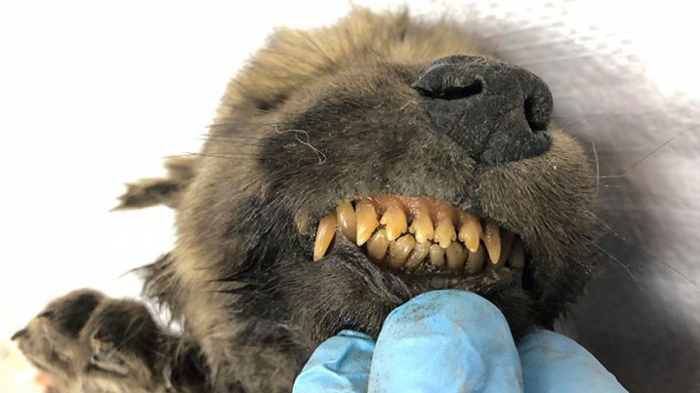 It is "possibly the oldest dog ever found", researcher Love Dalen said, adding that it was "amazingly well-preserved even before they cleaned it up".

It feels like a "very recently dead animal", he said. The body's age was measured by carbon dating its rib bone, but DNA tests have not confirmed its lineage.

David Stanton, a researcher at the Centre for Palaeogenetics in Sweden, said it was "normally relatively easy" to tell the difference between a dog and a wolf.