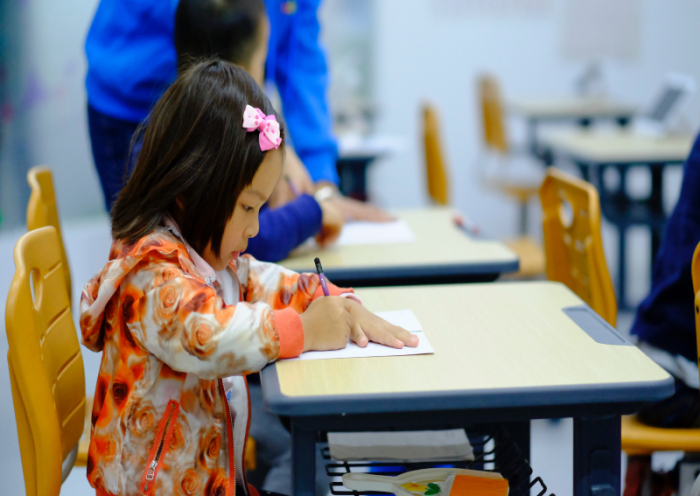 Children with slight hearing loss may do a little less well in school and may be a bit more likely to develop behavior problems, a new study suggests.

Hearing impairment that doctors and parents may have considered slight or mild “may actually be associated with both school performance and behavior,” researchers write in JAMA Otolaryngology-Head and Neck Surgery.

Among nearly 5,000 Dutch elementary school children, slight or mild hearing impairment was linked with higher behavioral problem scores on questionnaires filled out by parents and with lower scores on standardized testing.

While the study can’t prove mild hearing loss causes worse academic performance and behavior problems, “We would like to raise awareness that possibly slight hearing loss may have more effects in daily life than often assumed,” said lead author Dr. Carlijn le Clercq, of Erasmus University Medical Center, in an email. “Children with slight hearing loss may benefit from a seat in the front of the classroom close to their teacher. And for children who seem to have trouble keeping up at school or whose attention span is limited, a hearing test could be considered.”

Le Clercq and colleagues focused on children who had problems hearing tones below 25 decibels.

“Rustling leaves are approximately 20 decibels,” le Clercq explained. “Maybe it is not a big deal if you can’t hear rustling leaves. However, (for people who can’t), almost all normal speech will be softer in their ears. You can imagine it takes more effort to understand that speech, especially if it is like that all day long.”

Le Clercq’s team studied 4,779 children born between 2002 and 2006. Children with moderate or severe hearing loss were excluded from the study.

Between ages 9 and 11, the children had their hearing checked in a quiet room. A smaller group got a second exam, in which their ability to hear speech in a noisy environment was tested.

The new study “highlights the fact that hearing loss, whether severe or slight, may affect behavior and school performance,” said Dr. David Chi, who is chief of the division of pediatric otolaryngology at UPMC Children’s Hospital of Pittsburgh.

Slight hearing deficiencies may be enough to make it hard for kids to discern “certain words when there is more background noise in the classroom,” Chi said. The noise could simply come from “the chatter of peers or the sound coming from the heating or cooling system.”

Chi, who coauthored an editorial accompanying the new study, agrees that children with mild hearing problems should be seated at the front of the classroom and recommends that teachers with softer voices be equipped with microphones. “We’ve all had teachers who mutter and are a challenge to hear,” he said.

“The bottom line is that this should not be ignored and we should provide interventions for those who have even slight hearing loss,” Chi said.

The new findings should alert people to the possibility that children with poor school performance and behavior problems might have hearing loss, said Dr. Maura Cosetti, who directs the Cochlear Implant Center at New York Eye and Ear Infirmary of Mount Sinai in New York City.

Even mild hearing loss might make it hard for children to pay attention, possibly leading them to tune out the teacher, Cosetti said. “I frequently see kids who don’t listen and have behavior issues who have never had their hearing tested outside of routine tests done in schools,” she added.