New type of migraine treatment targets pain during an attack 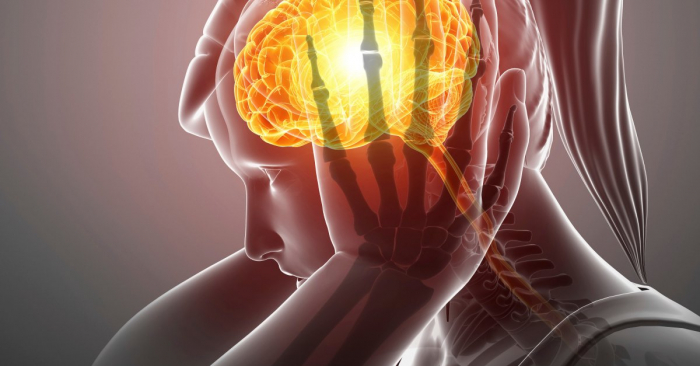 There’s been a lot of good news recently for people who experience migraines. In 2018, the U.S. Food and Drug Administration approved three drugs aimed to prevent migraines from occurring, and, over time, help to make them less frequent and less intense.

Treating migraine pain while an attack is underway, however, is a bigger challenge. Triptans are the most popular medications used for this purpose, but they don’t work for everyone. In a study published in the New England Journal of Medicine, researchers report encouraging results with a promising class of oral drugs called gepants, which are meant to be taken during a migraine attack. Gepants target calcitonin gene-related peptide (CGRP) receptors located on blood vessels and nerve cells connected to pain in the brain.

Led by Dr. David Dodick, professor of neurology at Mayo Clinic, the researchers studied 1,672 people with a history of migraine who were randomly assigned to receive a placebo pill or one of two dosage levels of ubrogepant, a drug that blocks CGRP from binding to its receptors and setting off pain alarms. After the first use, nearly twice as many people taking the highest dose of the drug reported being pain free after two hours compared to those taking placebo. And while 28% of people in the placebo group reported no sensitivity to light or sound, which are among the more debilitating symptoms of migraine, at two hours, 38% of those in the highest ubrogepant group did.

“I don’t think there is any question that we have identified a key player in migraine pain,” says Dodick.

In previous studies, researchers found that during migraine attacks, levels of CGRP tend to rise in the blood, and drop after the attack resolves. And when scientists injected CGRP intravenously into people with a history of migraine, the infusion triggered a migraine that was indistinguishable from naturally occurring episodes.

Dodick admits that it’s still not entirely clear exactly how ubrogepant works in the brain, but based on previous work on CGRP, experts believe the drug primarily works on tamping down pain signals in the trigeminal nerve system, a neural network implicated in migraine that wires the face, muscles, tendons and teeth. Ubrogepant is one of two gepants being developed by Allergan; the company sponsored the current study and worked with researchers at the Mayo Clinic, Albert Einstein College of Medicine and Montefiore Headache Center, and Georgetown University, to analyze the results.

While encouraging, the findings still need to be confirmed in larger groups of migraine sufferers, and studied over longer periods of time. The current trial analyzed data after a single episode of migraine pain, but researchers need to know the impacts of continued use of ubrogepant to treat several. “I would also be interested to know how patients respond when we intervene earlier,” says Dodick. In the trial, the patients were asked to only take the drug after they felt moderate to severe pain. Normally, doctors advise their patients to start medications as soon as they feel an aura—a warning that an episode is coming—or mild pain. “I think the future of migraine treatment will involve intervening as early as possible in the course of an attack,” Dodick says.

Researchers are also still learning about ubrogepant’s side effects. In the current study, up to 5% of people on the drug reported nausea, feeling sleepy, and dry mouth. A handful of people experienced more serious adverse events including appendicitis and seizure within the first month after dosing. Scientists working on a different gepant terminated their study after it was linked to serious liver toxicity.

Based on the low rate of negative effects reported with ubrogepant, however, Dodick is optimistic that gepants will continue to be a promising target for migraine treatment. Early studies of another gepant suggest that if used daily, the drug could prevent attacks from occurring in the first place. “To date there are no drugs that serve the dual purpose of both terminating an attack as well as preventing it,” he says. “[A dual-usage drug] will be unique.”