What causes cells to age?- iWONDER 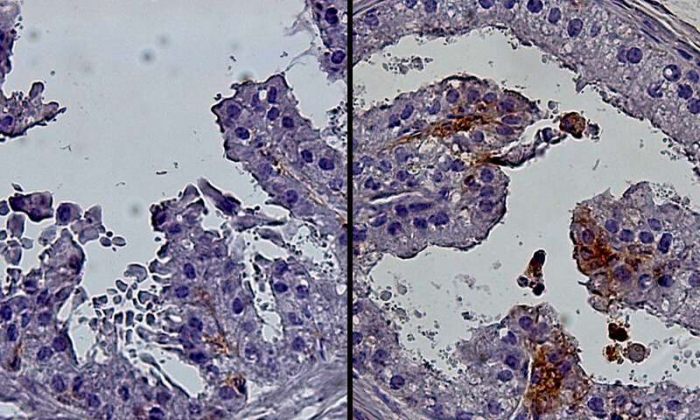 Scientists recently discovered an unexpected role for a protein they associate with premature ageing. They showed that it is a master regulator of cellular senescence and argue its loss leads to normal ageing.

Ageing is an inevitable part of our lives. But an increasingly ageing population poses public health challenges.

According to the Centers for Disease Control and Prevention (CDC), the number of people in the United States aged 65 years and older will reach around 71 million in the next 10 years.

But what actually happens when we age? Scientists are working on a number of theories.

Researchers from the Institut Pasteur in Paris in France have been studying a protein called Cockayne syndrome B (CSB), which is involved in the repair of damaged DNA and premature ageing.

Writing in the journal Nature Communications, the team explain that the levels of this protein naturally decline as cells age, kickstarting a process known as cellular senescence.

Senescence is a cellular process that limits a cell's ability to multiply. It usually happens when stress factors cause substantial damage to a cell.

A senescent cell is alive but cannot divide. It has an active metabolism and secretes signalling molecules to communicate with other cells. This can be beneficial, such as during wound healing, or detrimental, in the case of chronic inflammation.

People living with Cockayne syndrome have a mutated form of the CSB protein, leading to premature ageing and other symptoms.

Miria Ricchetti, senior study author, and her colleagues set out to investigate if CSB may have a role in driving normal ageing.

"We had previously shown that the absence or impairment of CSB is also responsible for dysfunction of mitochondria, the power plant of cells," she explains. "This new study reveals the very same alterations in replicative senescence, a process strictly linked to physiological ageing."

For their research, the team artificially reduced the amount of CSB protein in skin cells grown in laboratory cell culture. As a result, the cells stopped replicating and became senescent.

However, in control cells that the researchers left to divide, they also noticed that the levels of CSB gradually began to drop off.

"Depletion of CSB was surprising since we did not expect this protein to have a regulatory function, and that this regulatory capacity is mediated by the levels of the protein itself," Ricchetti told Medical News Today.

"We did not expect that lower levels of the functional protein have such a dramatic effect on proliferation of normal cells," she continued.

Ricchetti's research points to an epigenetic process, meaning that the DNA in the affected cells is modified without introducing mutations. This allows for changes in the activity of genes, effectively switching them on or off.

What causes these epigenetic changes is unclear at this point.

Importantly, the team may have found a way to work around this pathway. By exposing the cells to a compound called MnTBAP that mops up free radicals, they were able to stave off senescence for a limited time.

While the compound had no effect on the levels of CSB, it blocked a part of the prosenescent pathway downstream of CSB.

Ricchetti explained to MNT that many more tests will be needed before MnTBAP is available as a medicine.