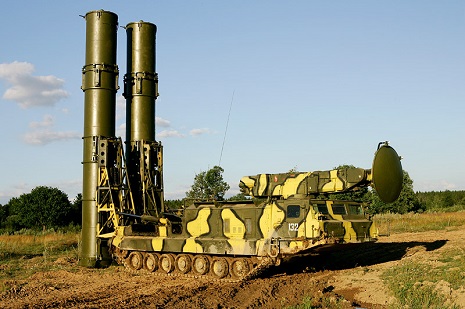 No agreements exist on the delivery of Russian Antey-2500 surface-to-air missile systems in replacement of the S-300 missile systems, said Anatoly Isaikin, general director of the Russian state arms trader Rosoboronexport.
"It is difficult to say anything. I would be able to talk about this if agreements had been or will be signed. There are none for now," Isaikin said when asked whether Antey-2500 systems could be delivered to Iran in replacement of S-300 systems.

Iranian Ambassador to Russia Mahmoud Reza Sajjadi said at the end of July that Antey-2500 systems` deliveries to Iran in replacement of S-300s could be discussed in the context of Tehran`s suit against Russia.

"We are in talks to weight options in the context of Iran`s suit. The issue (of Antey-2500 systems` deliveries in replacement of S-300s) could be raised," the Iranian ambassador told journalists then.

Sajjadi told Interfax in June that Iran would withdraw its suit from the Geneva arbitration court over Russia`s failure to deliver S-300 missile systems, if Russia honors the corresponding contract.

Moscow and Tehran signed a contract for the delivery of S-300 systems in 2007. Israel and the United States protested against the implementation of this contract.

The UN Security Council adopted a fourth resolution spelling out sanctions against Iran in June 2010.

It imposed the first ever curb on conventional weapons deliveries to Tehran, including missiles and missile systems, tanks, assault helicopters, warplanes and warships.

Russia said that the sanctions covered the contract with Tehran for the delivery of S-300 missile systems, developed and made by Almaz-Antey Concern.

Dmitry Medvedev, the then president, signed a decree on September 22 2010 on the implementation of UN Security Council Resolution 1929 of June 9 2010 and Russia annulled the S-300 contacts with Tehran on October 7.

Iran filed a $4 billion suit with the Geneva international arbitration court against Rosoboronexport protesting the failure of the S-300 contract.