Revealed: microplastic pollution is raining down on city dwellers 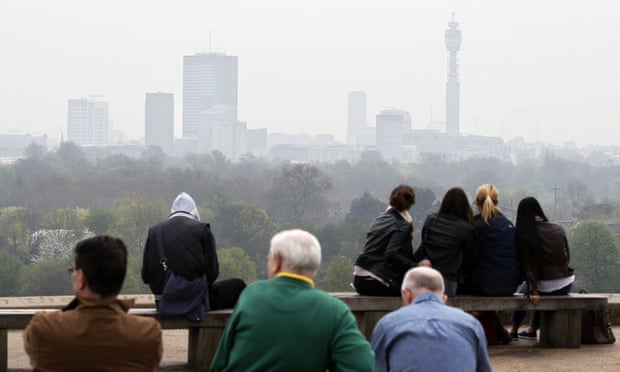 Microplastic pollution is raining down on city dwellers, with research revealing that London has the highest levels yet recorded, the Guardian reports.

The health impacts of breathing or consuming the tiny plastic particles are unknown, and experts say urgent research is needed to assess the risks.

Only four cities have been assessed to date but all had microplastic pollution in the air. Scientists believe every city will be contaminated, as sources of microplastic such as clothing and packaging are found everywhere.

Recent research shows the whole planet appears to be contaminated with microplastic pollution. Scientists have found the particles everywhere they look, from Arctic snow and mountain soils, to many rivers and the deepest oceans. Other work indicates particles can be blown across the world.

The level of microplastic discovered in the London air surprised scientists. “We found a high abundance of microplastics, much higher than what has previously been reported,” said Stephanie Wrightfrom Kings College London, who led the research. “But any city around the world is going to be somewhat similar.”

“I find it of concern – that is why I am working on it,” she said. “The biggest concern is we don’t really know much at all. I want to find out if it is safe or not.”

About 335m tonnes of new plastic is produced each year and much leaks into the environment. The research, published in the journal Environment International, collected the microplastics falling onto the roof of a nine-storey building in central London. This ensured that only microplastic from the atmosphere was collected.

They were found in all eight samples, with deposition rates ranging from 575 to 1,008 pieces per sq metre per day, and 15 different plastics were identified. Most microplastics were fibres made of acrylic, most likely from clothing. Just 8% of the microplastics were particles, and these were mostly polystyrene and polyethylene, both commonly used in food packaging.

The microplastic particles in London were between 0.02mm and 0.5mm. These are large enough to be deposited on to the airways when inhaled and would be swallowed in saliva. Smaller particles that can get into the lungs and bloodstream represent the greatest potential health hazard. These were seen in the samples but their composition could not be identified with current technology.

The serious health damage caused by the pollution particles emitted by traffic and industry are well known. A comprehensive global review earlier in 2019 concluded that air pollution may be damaging every organ and virtually every cell in the human body.

But the potential health impacts of inhaling plastic particles from the air, or consuming them via food and water, are unknown. People eat at least 50,000 microplastic particles per year, according to one study.

Plastics can carry toxic chemicals and harbour harmful microbes, and the limited research done to date has shown harm to some marine creatures. The only assessment of microplastic in human lungs, published in 1998, found inhaled fibres were present in cancerous lung specimens.

“These studies showing just how much plastic is in the air are a wake-up call,” said Steve Allen, at the EcoLab research institute near Toulouse, France, and whose own work has shown microplastic air pollution in remote mountain areas. “The [London research] is a very well done study showing incredibly high numbers of airborne microplastics.

“Currently we have very little knowledge on what effect this airborne pollution will have on humans,” he said. “But with what we do know it is pretty scary to think we are breathing it in. We need urgent research.”

Johnny Gasperi, at the Université Paris-Est, said the research shows a widespread contamination of the air by microplastics. He said the London study showed that microplastic deposition did not depend on the strength or direction of the wind, suggesting the city itself was the most likely source.

Melanie Bergmann, at the Alfred Wegener Institute for Polar and Marine Research in Germany, said more research on the potential health effects of microplastic pollution was very important. “We do not currently know what proportion of inhaled microplastics actually penetrates the deep lung,” she said.

The European commission’s chief scientific advisers said in a report in April: “The evidence [on the environmental and health risks of microplastics] provides grounds for genuine concern and for precaution to be exercised.”

Microplastics are also found in drinking water and in August an assessment by the World Health Organization found no evidence to date of harm but said more research was needed.

Cutting microplastic pollution requires changing how plastic is used and disposed of, said Wright: “You can’t clean it up, so it is about stopping it at source.” Allen said: “This is not a problem that is going to go away anytime soon.”