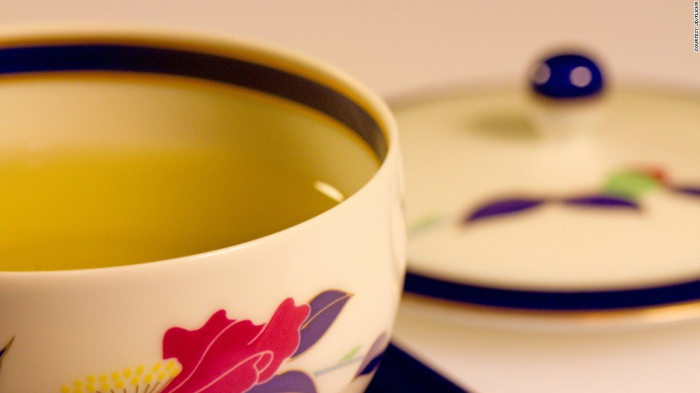 Drinking tea at least three times a week could reduce the risk of dying from cardiovascular disease and is linked with a longer and healthier life, at least in China, a new study suggests.

Chinese researchers found the health benefits associated with tea were more pronounced for drinkers of green, rather than black tea, and for those who had been drinking tea regularly over a longer period of time. The benefits were also clearer among men, the study indicated.

Researchers looked at data from 100,902 Chinese people with no history of heart attack, stroke or cancer and divided them into two groups: habitual drinkers who drank tea three or more times a week, those who never drank tea, and those who drank it less regularly. They followed up with them after a seven-year period.

"We found that the protective effects of habitual tea consumption were very pronounced and robust across different outcomes for men, but only modest for women," Dr. Dongfeng Gu from China's National Center for Cardiovascular Disease, Peking Union Medical College and the Chinese Academy of Medical Science said via email.

"One reason might be that the proportion of habitual tea consumers among men was approximately two and a half [times] as high as that among women," Gu said. Some 48% of the men in the study were regular tea drinkers, compared with 20% of women.
Gu said Chinese women were more likely to drink herbal tea made from rosebuds or lotus leaves but this information wasn't included.

In their analysis, the researchers controlled for some factors like smoking, drinking, diet and physical activity that could have explained the link between tea drinking and longevity. However, as an observational study it can't establish cause and effect, only association.

"Other things to consider that are not mentioned in the study are: Firstly, what those who weren't drinking tea were drinking -- was tea replaced by sugary drinks or caffeinated beverages ... and was that what increased their risk...?" said Jodie Relf, a registered dietitian and spokesperson for the British Dietetic Association.

The benefits associated with drinking black tea "were not statistically significant," Gu said, but that could be because there were far fewer black tea drinkers included in the study -- only about 8% of the habitual tea drinkers participating in the study said they preferred black tea.

Gu also said that green tea is a richer source of flavanoids, especially tea polyphenols, and these bioactive compounds could be protective against cardiovascular disease. While from the same plant and containing the same amount of caffeine, black tea is processed in a different way from green tea after picking.

"Black tea is fully fermented and tea polyphenols might be oxidized into pigments and inactivate during fermentation. Thus green tea tends to be more effective than black tea in anti-oxidation, improving blood lipid profile, and in turn, to be more effective in cardiovascular protection," Gu said.

Gunter Kuhnle, a professor of nutrition and food science, University of Reading in the UK, who was not involved in the study but conducts research into the association between flavanoids and health, said it's not currently known how tea -- or the compounds found in tea -- affect health.

"The antioxidant effect of polyphenols found in tea has long been assumed to be responsible, but this has been resoundingly disproved in the last decade. Some of the compounds found in tea might have a beneficial effect, but this is currently still under investigation," he told the Science Media Centre (SMC) in London.

As the world's most popular drink after water, Gu said that tea-drinking habits varied from place to place and the findings might not apply to Western countries, where black tea was a more popular choice -- often taken with milk or sugar.

"Tea consumption is part of a cultural heritage, and its health effects might be confounded by other eating and drinking patterns, for example, consumption of other flavanoid-rich food or beverages like coffee."

The conclusions of previous research on the health benefits of tea has been inconsistent, Gu said, with the study noting that green tea had been associated with lower risk of cadiovascular disease in Japan but in the UK no link was observed with black tea taken with milk.

"This study strengthens the body of evidence that habitual tea drinking is associated with lower rates of atherosclerotic cardiovascular disease, though it cannot prove that it's definitely the tea that's responsible," Dr. Jenna Macciochi, a lecturer in immunology at the University of Sussex, told the SMC.

However, she noted that "a body of evidence in nutrition suggests that whole diet patterns are more informative of diet-disease relationships than any isolated food or nutrient."

Dr. Duane Mellor, a registered dietitian and senior teaching fellow at Aston Medical School, Aston University, said that while green tea is safe and may have benefits, green tea supplements "should be considered carefully as there has been a number of cases of liver damage reported in individuals who have consumed these in large doses."