Antidepressants can cause intense withdrawal-like symptoms that can trigger dependence 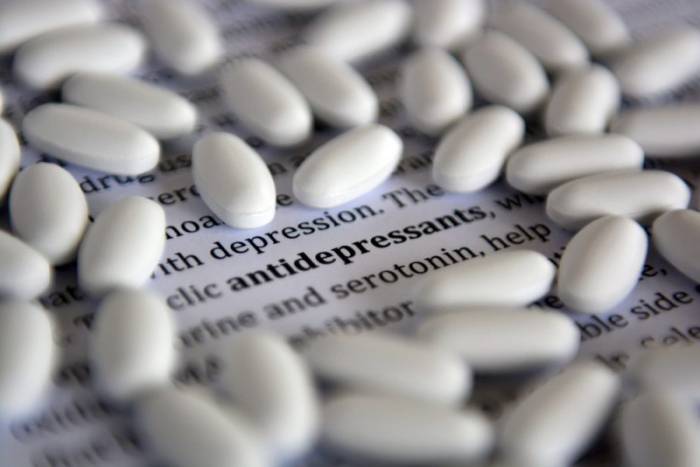 More people than ever before are taking antidepressant medication to manage their depression symptoms, but a new study warns about an overlooked side effect of long-term antidepressant use: something similar to withdrawal symptoms.

The condition — known as antidepressant continuation syndrome — isn't the same thing as drug addiction, because users don't take the drugs to get a "high."

"However," the authors write in a clinical review in The Journal of the American Osteopathic Association, "with extended use, [antidepressants] can be notoriously difficult to quit because they can produce a state of physical dependence."

Doctors often over-prescribe antidepressants and don't have advice patients on how to best wean themselves off the drugs over time, which leads to patients becoming dependent on them, the authors warn.

"I understand that many people feel safe in that their depression or anxiety is continuously managed by medication. However, these are mind-altering drugs and were never intended as a permanent solution," Mireille Rizkalla, PhD, the lead author of the review, said in a press release.

Additionally, a quarter of all antidepressant users have taken their medications for 10 or more years.

Their body is so accustomed to the medication, it makes it even more difficult for patients to come off of their medication because they want to avoid those side effects.

"I think we have a real problem with patient care management, when it comes to prescribing antidepressants," Rizkalla, of Midwestern University, said. "We tend to put patients on an SSRI and more or less forget about them." SSRIs, or selective serotonin reuptake inhibitors, are a class of antidepressant drugs that help boost the brain's production of the hormone serotonin.

According to Rizkalla, doctors who prescribe a patient these drugs should also provide them with a plan for eventual discontinuation as well as suggestions for promoting their mental health with non-drug methods, like therapy, exercise, or meditation.

In their review, the researchers offered recommendations for how patients should, with the assistance of their doctors, taper their antidepressant use to avoid dependence and antidepressant discontinuation syndrome-related side effects.

They suggested that people who take tricyclic antidepressants gradually lower their dosage over three months, and people who use the SSRI paroxetine take 10 milligrams fewer of their medication every five to seven days, for example.

In doing this, the hope is fewer people become dependent on their medication long term and avoid nasty antidepressant discontinuation syndrome symptoms.