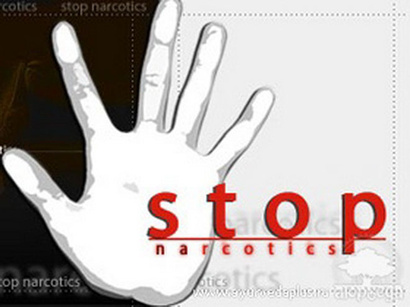 He also went on to note that, 30 kilograms of opium and 19 kilograms of heroin also seized by police near border city of Zabol in Sistan and Baluchestan Province.

Some smugglers have been arrested, the report said.

Iran shares about 900 kilometers of a common border with Afghanistan, through which about 74 percent of opium is smuggled.

Iran lies on a major drug route between Afghanistan and Europe, as well as the Persian Gulf states. The Islamic Republic shares about 900 kilometers of a common border with Afghanistan, through which about 74 percent of opium is smuggled.

According to official estimates, fight against drugs annually cost Iran about $1 billion. The statistics also say that there are about 2 million of drug users in Iran.

It was reported that 500 tons of drugs were seized during the last solar year and 115 tons during the first 3 months of the current solar year.

Every year, Iran burns more than 60 tons of various seized drugs as a symbol of its determination to fight drugs.