US should apologize to Iran 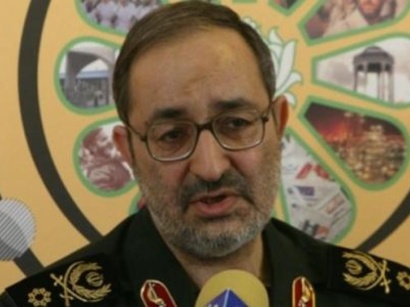 The U.S. should apologize to Iran, if it wants to restore relations between two countries, deputy chief of Staff of the Iranian Armed Forces, Seyyed Masoud Jazayeri said, ISNA news agency reported.
"Nuclear issue negotiations, or other topics can affect Iran`s main policies," he said, adding that, some US politicians still speak of military pressure against Iran and imagine that such threats can affect the Iranian politicians.

The US strategists cannot understand that the "carrot and stick approach" policy has expired, he added.

He went on to note that, for the being time, the U.S. and Israel are within the range of the Iran`s approaches and action.

It should be recalled that, on Aug.17 Iran`s president Hassan Rouhani remarked during the ceremony of Iran`s new FM Mohammad Javad Zarif presenting that "diplomacy shouldn`t be about slogans and the words should be logic, reasonable and accurate, because foreign policy is a sensitive matter."

Rouhani said that people of Iran want a revolution in foreign policy, decision making and implementation, as well as in policy making.