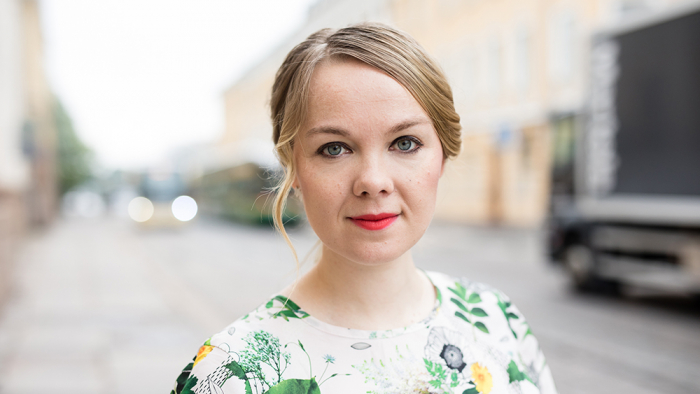 Ms Kulmuni, who has also led the Centre Party since September 2019, previously promised to pay back the money.

She is the second senior minister to quit the five-party coalition, after ex-PM Antti Rinne left in December.

The 32-year-old was the youngest minister in the coalition, known for having five women as leading figures.

"I have come to the conclusion that I cannot continue as a member of government," she told journalists.

"It was not until this week that the total amount spent on all this became clear to me. As a politician, it's my job to take responsibility," she said.

Finland's Prime Minister Sanna Marin accepted the resignation, saying on Twitter: "I support Katri's decision, which was certainly a difficult one."

What was the money spent on?

According to SK, communications agency Tekir Oy invoiced the Ministry of Economic Affairs and Employment and the Ministry of Finance for €56,203 (£50,100) accrued over the course of approximately six months.

Of that, €6,324 was allegedly spent on 3 December, the day Mr Rinne resigned after Ms Kulmuni's party announced it had lost confidence in him.

Mr Saukkomaa told Finnish tabloid Iltalehti: "I can't comment on individual customers. During the past 12 years we have had various politicians as customers, although a rather small number."