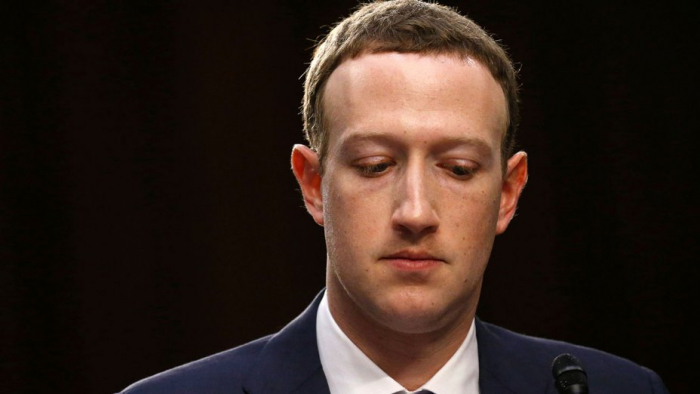 So far over 180 companies have signed up to the #StopHateForProfit campaign that is pushing for the social media giant to tackle hate speech and misinformation on its platforms.

Starbucks, Levi's and global alcoholic drinks giant Diageo are the latest blue-chip companies to join the growing advertising boycott of Facebook and its subsidiary Instagram over the social media giant's handling of racism, violence and misinformation on its platform.

CNBC reports that Starbucks will pause advertising on "all social media platforms," but continue to post without paid promotion. “We believe in bringing communities together, both in person and online, and we stand against hate speech,” Starbucks said in a statement Sunday to CNBC. “We believe more must be done to create welcoming and inclusive online communities, and we believe both business leaders and policy makers need to come together to affect real change.”

Levi's tweeted, "Facebook must take actions to stop misinformation and hate speech on its platforms. It is an unacceptable affront to our values. We and @Dockers are joining the #StopHateForProfit campaign and pausing all ads on @Facebook and @Instagram.

In a statement posted to Twitter, the British drinks company Diageo, the owner of the Smirnoff, Tanqueray and Johnnie Walker brands, said, "Diageo strives to promote diversity, including through our own marketing campaigns. From July 1, we will pause all paid advertising globally on major social media platforms. We will continue to discuss with media partners how they will deal with unacceptable content."

On June 17, a group that included the Anti-Defamation League, the NAACP, Sleeping Giants, Color of Change, Free Press and Common Sense launched the #StopHateForProfit social media campaign that called on companies to suspend advertising on Facebook and its subsidiary Instagram for the month of July.

Since the launch of the campaign, outdoor clothing firms Patagonia, The North Face and Arc'teryx, outdoor equipment company REI, tech companies Dashlane and Upwork were amongst the first to say they will join the boycott. In the last week, Ben & Jerry's, Magnolia Pictures, Hershey's, Mozilla, Verizon, Coca-Cola, Honda and Unilever are among the big names to have joined the boycott.

Facebook has faced fierce criticism, externally and internally, in recent months for the misinformation and racist content spread on its platform, and in particular posts from President Donald Trump that have been widely condemned as dangerous or inciting violence. The company's CEO Mark Zuckerberg has remained firm that Facebook will not regulate online speech. "I just believe strongly that Facebook shouldn't be the arbiter of truth of everything that people say online," Zuckerberg said in an interview with Fox News last month. "Private companies probably shouldn't be, especially these platform companies, shouldn't be in the position of doing that."

Last Friday, as the ad boycott started to gain momentum, Facebook said that it will flag all "newsworthy" posts from politicians and political groups that break its rules, including those from Trump as well as banning posts that discourage voting with false claims.