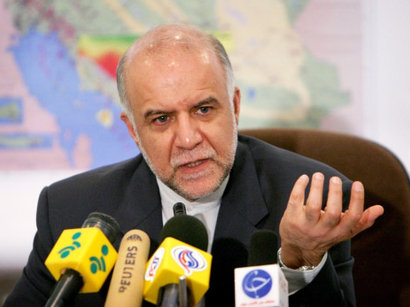 He went on to note that, when the oil price was very high Iran was unsuccessful in selling its oil.

It is while, ex-president Mahmoud Ahmadinejad`s administration was a adherent of expensive oil in the world markets, the report said.

Ahmadinejad`s last Oil Minister Rostam Qasemi had argued that, $100 per barrel is the minimum price of the oil.

It should be recalled that, according to OPEC, Iran has produced some 2.684 million barrels of oil per day in July, unchanged from the previous month.

Zanganeh plans to increase country`s oil production capacity to that of 2005 figure, which was some 4.05 million barrels per day.

It should be noted that, Iran`s oil and gas export incomes during Ahmadinejad`s two-term presidency (2005-2013) reached some $800 billion.