Coal is being replaced with wind and solar energy 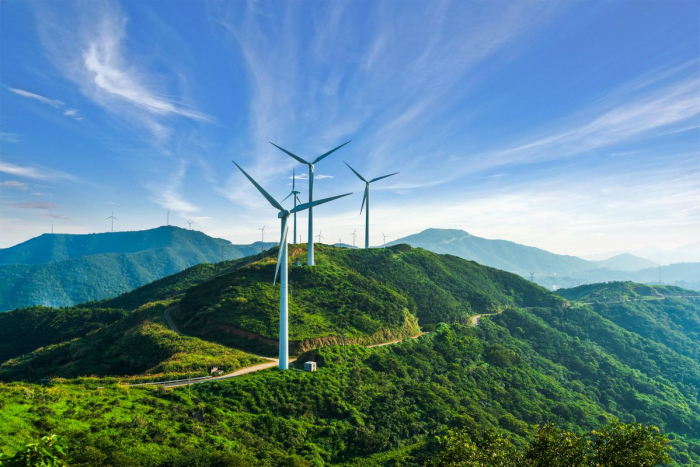 Solar and wind power as a share of global electricity has doubled since 2015, according to a new report by climate-focused think tank Ember. It now makes up about a tenth of the global power mix, reaching close to the same amount of energy generated by nuclear power plants.

Those carbon-free sources of power are steadily replacing coal. Coal generation dropped a record-breaking 8.3 percent in the first half of 2020, compared to the same period in 2019. The rise of wind and solar contributed to 30 percent of that drop in coal, according to Ember, while the majority of the decline was due to the COVID-19 pandemic forcing down power demand.

“Countries across the world are now on the same path – building wind turbines and solar panels to replace electricity from coal and gas-fired power plants,” Dave Jones, senior electricity analyst at Ember, said in a statement. Ember’s analysis includes 48 countries that make up 83 percent of the world’s global electricity production.

The UK and EU are in the lead when it comes to how much of their electricity is powered by wind and solar. It now accounts for 42 percent of the power mix in Germany, 33 percent in the UK, and 21 percent across the EU.

That’s a way bigger proportion of renewable energy compared to the current top three carbon polluters in the world: China, the US, and India. Wind and solar powered about a tenth of electricity in China and India. China is now responsible for more than half of all the world’s coal power generation.

The US gets 12 percent of its power from wind and solar. Renewables and nuclear are set to surpass coal as a share of the US electricity mix in 2020, Reuters reports. Renewables will be the fastest-growing source of electricity generation this year, according to a forecast released earlier this week by the US Energy Information Administration. In April 2019, the total amount of renewable power generated in the US beat out coal for the first time, contributing to a record-setting year for renewables.

This is all encouraging progress toward cutting down fossil fuel use in order to limit the devastating effects of climate change. But there’s still a long way to go to reach the goal set in the 2015 Paris climate agreement of stopping the planet from heating up more than 1.5 degrees Celsius above pre-industrial levels. To hit that target, coal needs to drop 13 percent every year over the next 10 years, and carbon dioxide emissions need to essentially disappear by 2050.

“The fact that, during a global pandemic, coal generation has still only fallen by 8% shows just how far off-track we still are,” Jones said. “We have the solution, it’s working, it’s just not happening fast enough.”