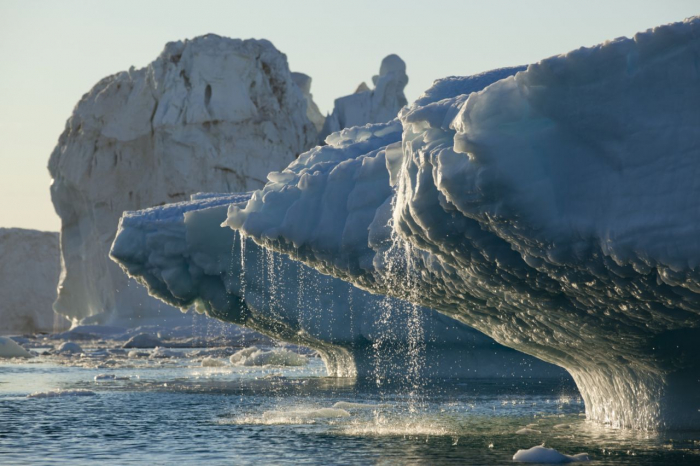 Satellite analysis has shown that 28 trillion tonnes of ice has disappeared from Earth’s surface since 1994, research has shown.

Researchers from Edinburgh University, the University of Leeds and UCL analysed satellite surveys across the world – and found “staggering” ice loss.

Professor Andy Shepherd of Leeds University told The Guardian: “In the past researchers have studied individual areas – such as the Antarctic or Greenland – where ice is melting.

“But this is the first time anyone has looked at all the ice that is disappearing from the entire planet. What we have found has stunned us.”

The researchers warned that the melting ice is reducing Earth’s ability to reflect solar radiation back into space.

The researchers said melting glaciers and ice sheets could lead to a sea level of up to 3ft, matching the worst case scenario predicted by the UN’s Intergovernmental Panel on Climate Change (IPCC).

Shepherd says, “Every centimetre of sea-level rise means about a million people will be displaced from their low-lying homelands.”

Earlier this year, scientists issued new warnings over the Thwaites glacier in Antarctica, described as “the doomsday glacier” because its collapse could lead to rapid sea level rise.

Even now, ice draining from the glacier into the Amundsen Sea accounts for about 4% of the global sea-level rise – but scientists fear it could collapse.

If it collapses, it could raise sea levels about 65cm as it melts, and it could then trigger a runaway collapse across the Western half of Antarctica that could lead to a sea level rise of up to 6ft, scientists told the Financial Times.

Such a rise would be catastrophic for coastal cities around the world.

Paul Cutler, programme director for Antarctic glaciology at America’s National Science Foundation, said, “It is a keystone for the other glaciers around it in West Antarctica . . . If you remove it, other ice will potentially start draining into the ocean too.”

Cutler said the Thwaites glacier is losing ice faster and faster, and that the process seems to be accelerating.

“The big question is how quickly it becomes unstable,” he said. “It seems to be teetering at the edge.”

The South Pole, the most remote place on the planet, has warmed three times faster than other areas over the past three decades, researchers say.

Research published in Nature Climate Change found that an abrupt shift has seen temperatures rocket upwards at the pole in recent decades.

Since 1989, temperatures at the pole have risen 0.6 degrees per decade, three times the rate for the rest of the planet.

Researchers believe the high temperatures are being fuelled not just by a rise in greenhouse gases, but also by natural weather shifts in the tropics.