Kerry: Chemical use in Syria a "moral obscenity" 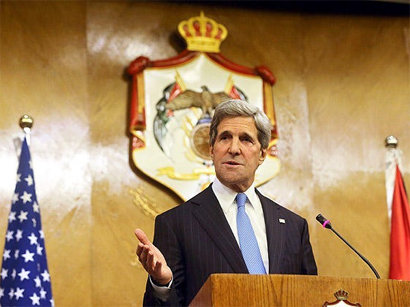 Calling last week`s chemical attacks in Syria a "moral obscenity," US Secretary of State John Kerry on Monday expressed a new level of outrage at the actions of the regime of Syrian President Bashar al-Assad.
While not explicitly blaming the attack on Assad`s government, Kerry nevertheless said the regime kept inspectors away for five days while continuing to shell the area.

"That is not the behaviour of a government that has nothing to hide," said Kerry, speaking at the State Department in Washington.

Kerry said that the images that came out of Syria in the wake of last week`s apparent chemical attack in the suburbs of Damascus "should shock the conscience of the world" and "defies any code of morality."