Turkish servicemen will be in Karabakh in any case, says Ibrahim Kalin 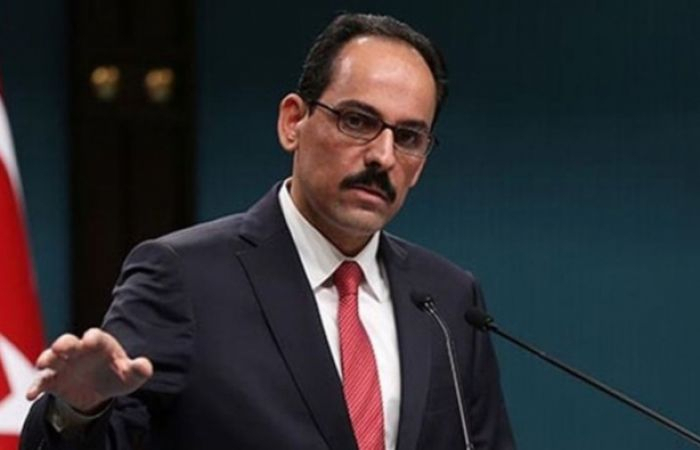 "NATO and the European Union have not put forward concrete sugestions to end the military conflict in Nagorno-Karabakh. Russia and Turkey had managed to ensure peace in the region, Spokesman for the President of Turkey Ibrahim Kalin said in his interview to NTV channel, AzVision.az reports.

Kalin also spoke about the establishment of a monitoring center to monitor the ceasefire in Karabakh together with Russia and the continuation of talks on the center's activities.

The first stage of the dialogue with the participation of representatives of the Defense Ministry, Foreign Ministry and special services has ended. Moscow was informed about Ankara's position. During the dialogue in the coming days, the location and principles of the center, as well as the responsibilities of the sides will be determined. In all cases, our servicemen will work at the monitoring center in Karabakh, Kalin noted.

Note, Turkish President Recep Tayyip Erdogan said on November 11 that Ankara and Moscow had signed a memorandum on a ceasefire control center in Karabakh and would take part in a joint peacekeeping mission.