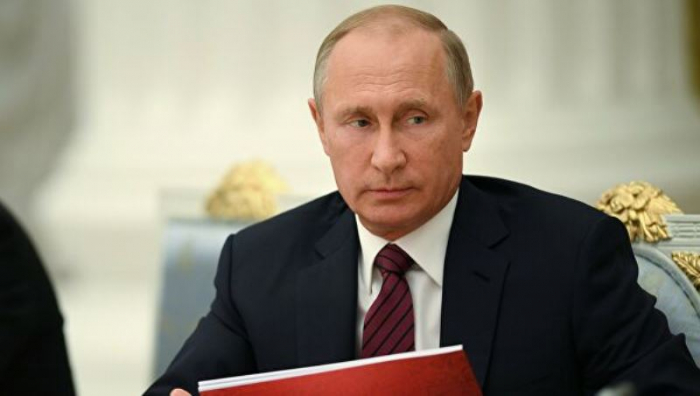 The work on the November 9 joint statement on Nagorno-Karabakh was conducted jointly by the leader of the three nations, namely, Russia, Azerbaijan and Armenia, who signed it, Russian President Vladimir Putin said on Sunday.

"As for the text, we worked on it together: I, naturally, President of Azerbaijan Ilham Aliyev and Prime Minister of Armenia Nikol Pashinyan," Putin said in an interview with the Moscow.Kremlin.Putin program on the Rossiya-1 television channel.

"This was the only possible way," he stressed.

According to the Russian leader, as a matter of fact, these were agreements between two sides - Azerbaijan and Armenia, whereas "Russia was only a mediator and undertook under this document to carry out peaceful disengagement." "This is what we are doing now," he said. "So, the three sides are the authors of the joint statement."