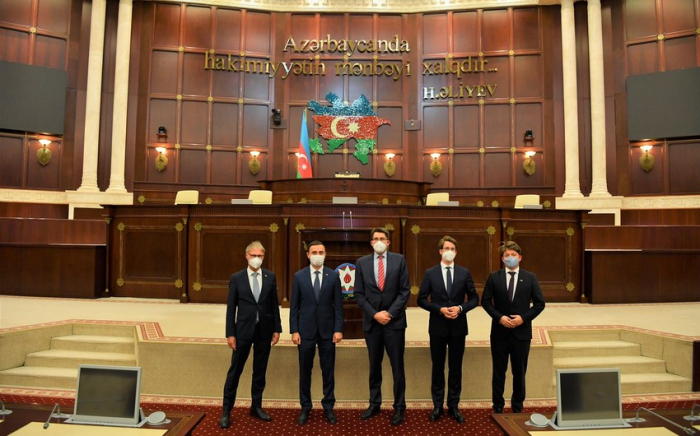 Head of the Working Group for the Azerbaijani-German Interparliamentary Relations Nurlan Hasanov met with a delegation led by the Deputy Head of Division Bilateral Relations with the States of Central, Eastern and South-Eastern Europe as well as Central Asia and Southern Caucasus of the German Federal Chancellery Matthias Lüttenberg.

The meeting was attended by First Secretary of the South Caucasus and Central Asia Department of the German Foreign Ministry, Curator for Azerbaijan Benedict Göbel, German Ambassador to Azerbaijan Wolfgang Manig, Counselor of the Embassy Andreas Holt, and other officials.