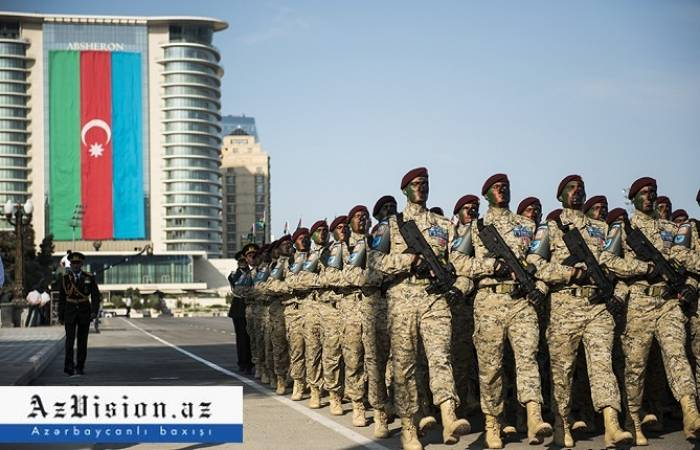 The Azerbaijani state always pays special attention to the issues of material and technical support of the army, Lieutenant Colonel Anar Eyvazov, Deputy Chief of the Defense Ministry’s press service, said at a press conference on Wednesday, AzVision.az reports.

Eyvazov noted that the improvement of the social and living conditions of the military units, which are deployed in the Azerbaijani lands liberated from the Armenian occupation, is one of the priority issues.

"Under the decree of President, Supreme Commander of the Azerbaijani Armed Forces Ilham Aliyev, the Defense Ministry’s leadership made more than 30 trips to the liberated territories in 2021 to check the combat readiness of servicemen, review the social conditions, as well as the construction process," he said.

"The uninterrupted power supply lines, warm and cold water systems have been laid, food and fuel reserves have been prepared for six months in the divisions located in the highlands," the lieutenant colonel said. "All of the personnel have been provided with warm clothes due to winter."

"Instead of missiles and ammunition that were used in the second Karabakh war, new ones were purchased," Eyvazov added. "All divisions and units have been fully provided with ammunition."

Eyvazov said that favorable conditions have been created for organizing military service and combat duty in the units, as well as for effective leisure of personnel after the commissioning of about 400 new military infrastructure facilities for various purposes in Defense Ministry military units.