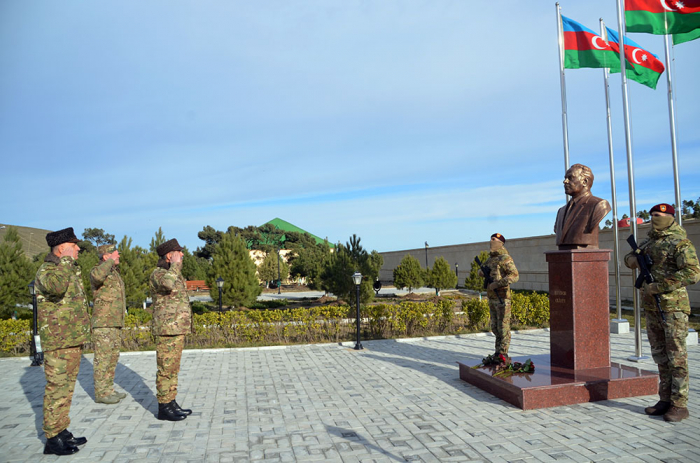 Under the instructions of Azerbaijani President, Supreme Commander-in-Chief of the Armed Forces Ilham Aliyev, the construction of new military facilities is underway as part of reforms to increase the level of combat and psychological readiness of military personnel, as well as further improve social and living conditions.

First, flowers were laid at the bust of the national leader Heydar Aliyev, as well monument erected in memory of Shehids (Martyrs) in the territory of the military unit.

Minister Hasanov inspected several military facilities that are under construction in the territory of the military unit.

Commander of the Special Forces Lieutenant General Hikmat Mirzayev reported to the defense minister on the work carried out in the military unit.

The minister gave relevant instructions on the quality and timely completion of construction work.

Then, Minister Hasanov met with the military personnel and said that the bravery and heroism demonstrated by the Special Forces in the Patriotic War was highly appreciated by the President. The minister also instructed to be ready at any moment to fulfill any order of President, Supreme Commander-in-Chief of the Armed Forces Ilham Aliyev.

In the end, Minister Hasanov presented valuable gifts to a group of distinguished servicemen and wished them success in their future service.