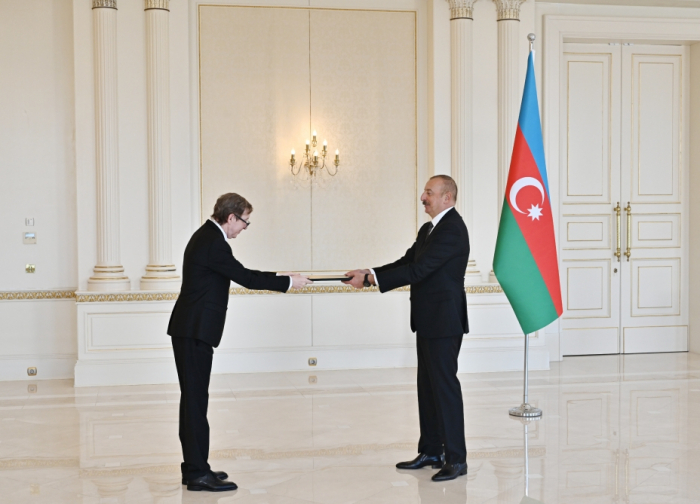 President of Azerbaijan Ilham Aliyev then had a conversation with the ambassador.

Hailing the good level of relations between the two countries, the President stressed that there was extensive cooperation within international organizations, including the United Nations, the Organization of Islamic Cooperation and the Non-Aligned Movement. Pointing out the economic relations, President Ilham Aliyev stressed the need for stepping up efforts in this area and exploring the opportunities for increasing the turnover. The President also noted the importance of promoting active contacts between people in terms of developing bilateral relations. President Ilham Aliyev expressed his confidence that bilateral relations between the two countries would successfully develop during the tenure of Abdelouahab Osmane.

President Ilham Aliyev touched upon the occupation of Azerbaijani territories for nearly 30 years and the destruction of these territories committed by Armenia and acts of vandalism against the cultural heritage of Azerbaijan, and said that a post-conflict peace agenda was already being implemented.

Ambassador Abdelouahab Osmane conveyed the greetings from President of Algeria Abdelmadjid Tebboune to the President of Azerbaijan.

President Ilham Aliyev expressed his gratitude for the greetings and asked the Ambassador to convey his greetings to the Algerian President.

Ambassador Abdelouahab Osmane said that Algeria was fully committed to the principles and goals of the UN Charter, including respect for the countries’ national sovereignty, territorial integrity and non-interference in internal affairs. The Ambassador said he would spare no effort to further develop bilateral relations.

The Azerbaijani president also received the credentials of the newly appointed Ambassador Extraordinary and Plenipotentiary of the Republic of Korea Lee Eun Yong.

President Ilham Aliyev noted that relations between the two countries were built on a solid foundation, emphasizing that they had developed very successfully over the years of independence. The President noted that Azerbaijan and the Republic of Korea had been actively cooperating in various fields for many years, and hailed the development of political ties. In this regard, the President noted that the visits of high-ranking Korean officials to Azerbaijan had contributed to the development of bilateral relations. Touching upon the economic cooperation, President Ilham Aliyev said that many Korean companies were successfully engaged in various economic sectors in Azerbaijan, including infrastructure and construction projects. The head of state stressed the importance of joint investment, increasing export and import operations, and expanding people-to-people contacts. President Ilham Aliyev also expressed his confidence that bilateral relations would continue to develop.

Pointing to the development of relations between the Republic of Azerbaijan and the Republic of Korea over the past 30 years, Ambassador Lee Eun Yong stressed the importance of further strengthening economic cooperation and people-to-people contacts in line with the potential of the two countries, adding that he would spare no effort in this regard during his diplomatic tenure.

The sides exchanged views on the possible involvement of Korean companies in the restoration and reconstruction work carried out in the liberated territories of Azerbaijan. 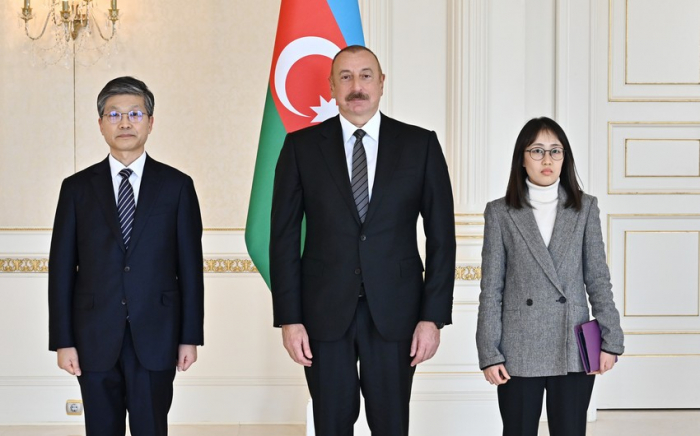