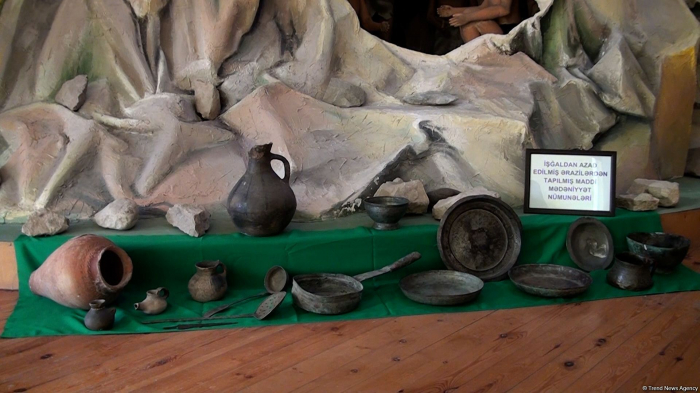 During the reconstruction and landscaping work in Azerbaijan’s Fizuli region, historical artifacts dating back to the first millennium AD have been discovered.

The finds were transferred to the Fizuli Museum of History and Ethnography.

Director of the Museum Elchin Asadov told Trend that such artifacts were found in previous months as well, during the restoration work in Karabakh.

“Every corner of Azerbaijan, including the Fizuli region, bears history. The history here is at every step. Archaeological findings in the region, telling about the history of our country and its people, can be completed in several museums,” he stated.

Asadov added that during the building of the Akhmedbeyli-Shusha highway, the construction of Fizuli International Airport, pole setting in connection with the supply of electricity to Shusha, and road laying, objects of historical importance were detected.

According to him, most of the items found are household objects made of copper.

During the excavations at great depths, ancient jugs, daggers, and other artifacts are also being discovered.