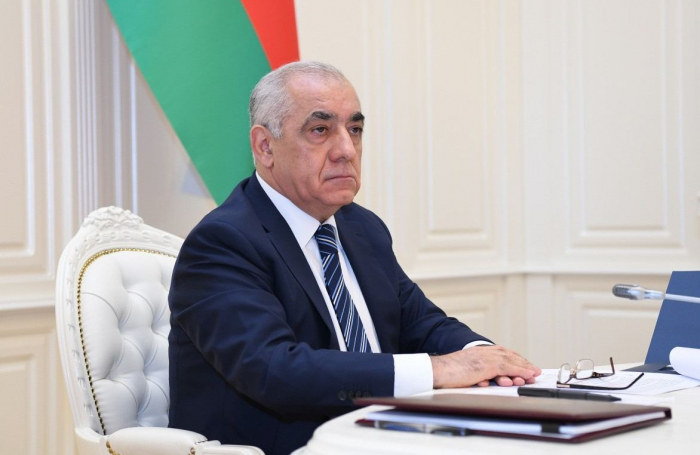 Azerbaijani Prime Minister Ali Asadov sent a congratulatory letter to Turkish Vice President Fuat Oktay on the occasion of the 30th anniversary of the establishment of diplomatic ties between the two countries, said the Cabinet of Ministers.

“Azerbaijan and Turkey, the first state with which we established diplomatic relations during the period of independence, have deep historical, friendly and fraternal ties,” the letter said. “They are based on the will of our peoples, closely connected by common national and spiritual values.”

“The interstate ties based on a solid foundation have reached the highest level of sustainable strategic partnership thanks to the decisive efforts of the heads of the two countries,” the letter noted. “The whole world witnessed this during the 44-day war of Azerbaijan [for liberating its territories from Armenian occupation from late Sept. to early Nov. 2020].”

“I express my gratitude to Turkey for the political and moral support provided to Azerbaijan from the first days of the war. Azerbaijan is always on the side of Turkey in all matters," Asadov wrote.