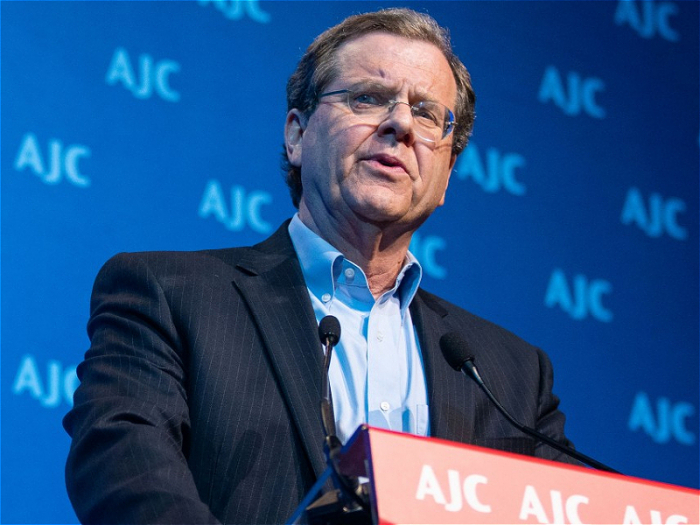 Executive Director of the American Jewish Committee David Harris tweeted video in connection with his visit to Azerbaijan, AzVision.az reports.

With his signature pithiness, @DavidHarrisAJC explains the strategic importance of Azerbaijan and touches on the respect and pride the country has in its 2500-year-old Jewish community. pic.twitter.com/wBX4QaCo4H

In his video message, while reminding about his visits to Azerbaijan, Harris said that Azerbaijan is amazing in many spheres.

The executive director of the American Jewish Committee stressed that Azerbaijan, located in the South Caucasus, having the coastline of the Caspian Sea and the borders with Russia, Iran, Georgia and Armenia, is of great importance for the whole world.

"Azerbaijan is of great regional and global importance for us," Harris added. "This is also important for the Jewish community of Azerbaijan. Despite the fact that the Jews have been living in these territories for 2,500 years, they have never encountered anti-Semitism."

The executive director said that he met with Azerbaijani Jews in different countries for many years.

"A common feature of each of them is love for Azerbaijan," Harris said. "They live together like a family in a friendly atmosphere, where the majority of the population is Shia Muslims. Azerbaijan is also important for Israel. We have diplomatic relations."

The executive director added that the relations between the two countries are close in almost all spheres.

"This country is of great importance in terms of strategy, geographic location, abundant energy resources, relations with the US, cooperation with Israel, religious tolerance and respect for the Jewish people," Harris added.