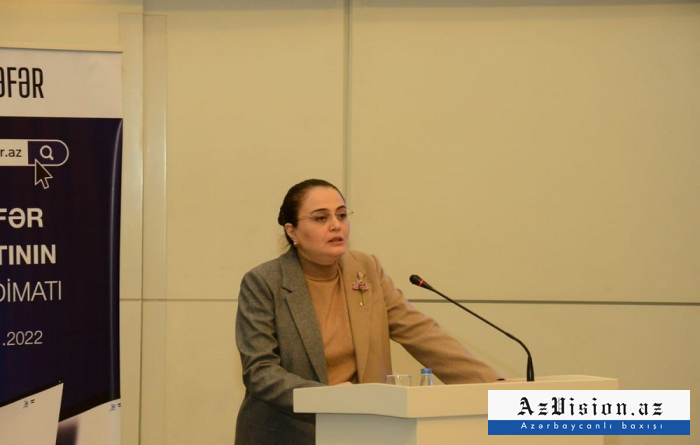 An emerging network of new regional corridors will become a guarantor of peace, Saadat Yusifova, Deputy Head of the Department for work with NGOs and communications at the Presidential Administration of Azerbaijan, said during the presentation of the website zefer.az dedicated to Azerbaijan’s victory in the 44-day Patriotic War, AzVision.az reports.

She noted that the victory, gained under the leadership of President, Victorious Supreme Commander-in-Chief Ilham Aliyev, is a victory of the Azerbaijani people.

“This victory is a living epic of the struggle, perseverance and national pride of the Azerbaijani people, who were united as an ‘iron fist’ for the sake of a common idea, a common goal. The victory in the Patriotic War is turning into the main factor shaping the national identity of present-day Azerbaijan,” Yusifova said.

The PA official stressed that the restoration of historical justice, international law, territorial integrity and national dignity is not only a victory for the Azerbaijani national spirit but a new spiritual turning point that restored the Azerbaijani people’s faith in themselves and will become a reference point in the next 50-100 years.

“If 2020 was the year of the chronicle of the victory of the Azerbaijani people, 2021 will be the year when the whole world accepts the results of the victory,” she added.

“The opening of communications and the Zangazur corridor in the 3 + 3 cooperation format will ensure Azerbaijan’s access to the open seas and the restoration of transport links with Nakhchivan will unite the Turkic world, which, in turn, will increase Azerbaijan’s regional prospects and its significance in the mega-region in the coming decades. An emerging network of regional corridors will become a guarantor of peace, allow diversifying Azerbaijan’s capabilities in this area, significantly increase the country’s economic power and transit potential and redraw the region’s geo-economic map,” she said.

The PA official emphasized that all fundamental changes determine the new development paradigm of Azerbaijan.

“History will never forget the victory of the Azerbaijani people. The three-language zefer.az portal aims to convey the Chronicle of Victory to future generations and the whole world,” Yusifova concluded.