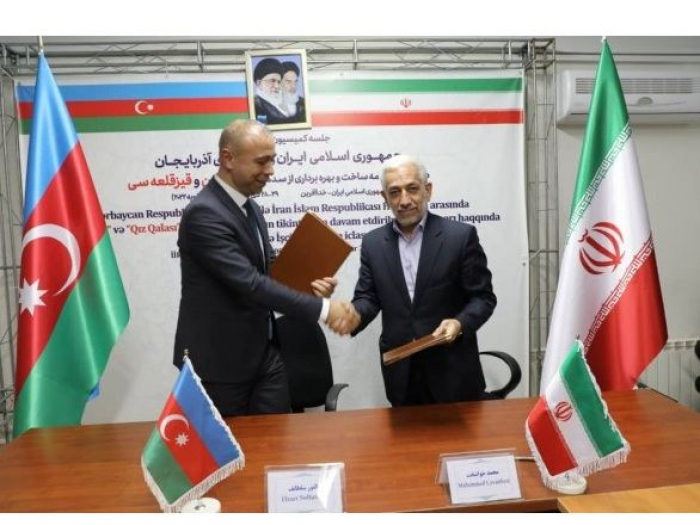 Azerbaijan and Iran have reached an agreement to continue construction of the Khudafarin and Giz Galasi hydro junctions, as well as their subsequent operation, AzVision.az reports citing Iranian Energy Ministry.

According to the report, a meeting of the joint Iran-Azerbaijan working group on continuing the construction of the Khudafarin and Giz Galasi hydro junctions was held in the Khoda Afarin County of Iran's East Azerbaijan Province. The meeting was attended by Deputy Energy Ministers of both Azerbaijan and Iran and other relevant officials.

Before that, in 2016, Azerbaijan and Iran signed an agreement in Tehran related to construction of Khudafarin and Giz Galasi hydro junctions and hydroelectric power plants on the Araz River, operation and joint use energy and water resources of them.

The Giz Galasi and Khudafarin hydro junctions have a capacity of more than 1.6 billion cubic meters. Also, the hydroelectric power plants of the same name will have a capacity to generate 280 megawatt-hours of electricity in total.

These hydro junctions and hydroelectric power plants will allow both sides to share the water and energy resources of the Araz River.