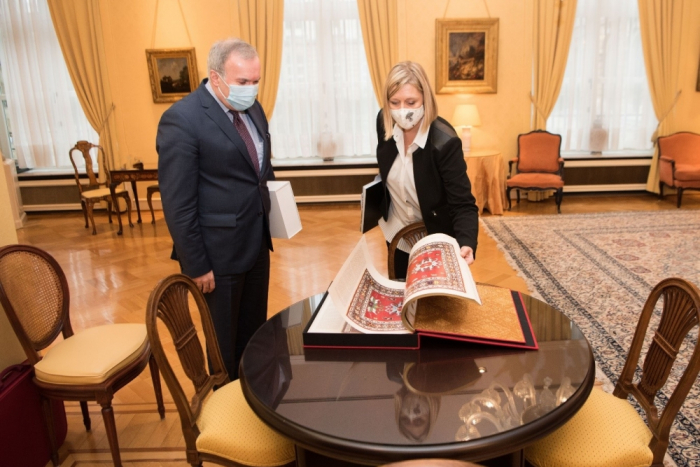 Azerbaijani Ambassador to the Kingdom of Belgium Vagif Sadigov has met with the President of the House of Representatives of the Belgian Federal Parliament Eliane Tillieux.

The sides exchanged views on a wide range of issues, relating to bilateral relations between the two countries. During the meeting, Ambassador Sadigov presented the letter of invitation from the Speaker of Azerbaijani Parliament Sahiba Gafarova to President Tillieux, as well as the book highlighting the Iravan group of Azerbaijani carpets.