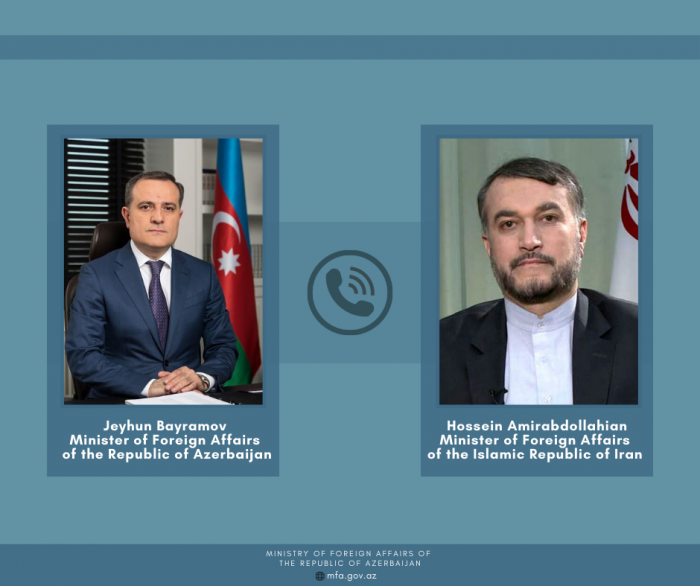 The ministers expressed satisfaction with the development of relations in various directions between the two countries.

The agreements reached during the visit of the Iranian Minister of Roads and Urban Development Rustam Ghasemi to Azerbaijan over the past week, as well as the visit of Azerbaijan’s Minister of Defence, Colonel General Zakir Hasanov to Iran, have been discussed.

The parties also noted that the implementation of joint projects, the completion of new bridge construction over the Astarachay River, and the Iranian Astara railway terminal will give a positive impetus to the development of relations between the two countries.

A regular meeting of the Azerbaijan-Iran State Commission on Cooperation in the economic, trade, and humanitarian spheres is scheduled to be held in March 2022, in Baku.

The ministers outlined that Iranian companies will soon begin work on specific projects in Azerbaijan’s liberated lands, and exchanged views in this regard.

The parties also discussed other regional issues of mutual interest.