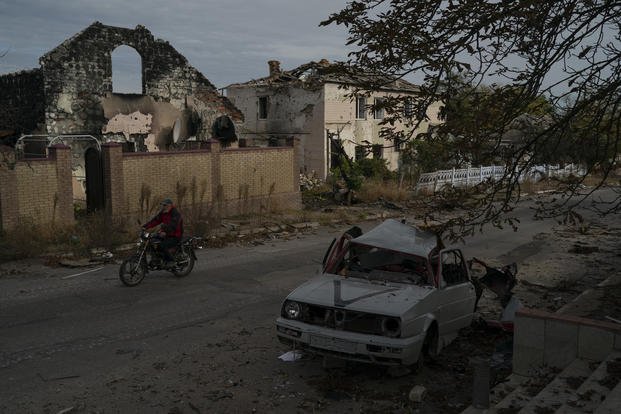 At least five explosions have been heard in the Ukrainian capital Kyiv - with a presidential adviser blaming "kamizake drones" sent by Russia.

A week ago, the capital was hit by Russian missiles at rush hour, part of nationwide attacks which left 19 dead.

Two were close to the city centre, with sirens and car alarms heard across the area.

Writing on the Telegram social media site, Mr Klitschko said there were explosions in the Shevchenkivskiy district, which was hit by several strikes last week.

He said rescuers were on site where a fire had broken out, and told residents to stay in air raid shelters.

A local journalist, Oksana Kovalenko, told the BBC that two drones had hit critical energy-related infrastructure, and that one had been shot down.