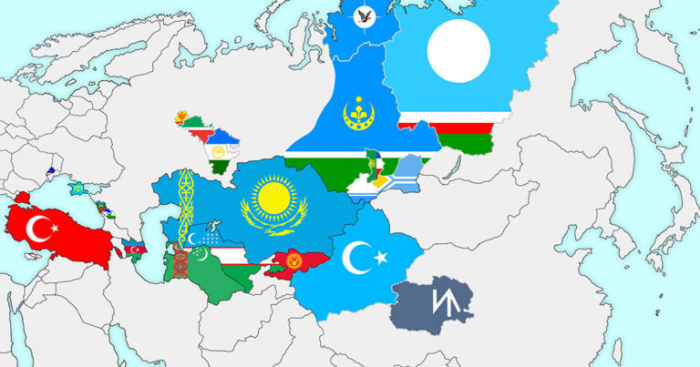 First thing first. This is quite an extensive subject. After all, the history of Turkic civilization and its influence on the universal civilization are truly enormous and still inspire many a scientific dispute. There are historical sources that testify to diplomatic ties from time immemorial between the rulers and khans of the Great Steppe of the Kipchaks, known as Desht-i Qipchaq in Islamic sources, with various states, countries, and peoples – both in the East and the West.

The ancient Turkic civilization of nomadic tribes has had a decisive influence on the origin and development of culture in European countries and on the course of world history.

The Turks were primarily a link between the East and the West. Their nomadic lifestyle meant constant reclamation of new pastures, gradually moving from the Altai towards the west of Eurasia.

The runic signs of the 6th-8th centuries – the so-called Orkhon-Yenisei inscriptions – discovered near the right tributary of Yenisei and Orkhon River were unravelled only in 1893 by the Danish linguist and historian Wilhelm Thomsen, thus establishing their Turkic origin. 25 November is celebrated as the Day of Turkic Runes. Runes are elements of a special alphabet that stand out among others. They did not only have a communicative function, but also served as sacred knowledge. The name stems from a Proto-Germanic form, which may be translated as ‘secret, mystery, secret conversation’. The magical power of runes inspires many researchers to this day. Runic inscriptions were used to exchange information. Drawing on rocks and stones, the ancient Turks left their traces of material culture for following generations and civilizations.

Sogdian influence is probably the most substantiated theory behind the origin of the ancient Turkic writing. The oldest inscription – the Bugut Stele (Mongolia, near Orkhon River) – dates back to 570. Turkic runes can be read both from left to right and right to left. Boasting ancient history, they undoubtedly laid the foundation and served the role of first letters for subsequent Turkish writing.

With its deeds and conquests, the Turkic world has repeatedly changed the course and vector of world history and politics. The earliest state symbols and signs and first political terms initially appeared in the Steppe. The Turks were the first in Eurasia to tame the horse and have it serve the mankind, the first to forge weapons from metal and, accordingly, first to master the extraction of iron from iron ore and later to melt it. Weapons moulded by Turkic craftsmen were unparalleled, the Turkic cavalry invincible, the Turkic warriors the most fearless. No wonder they were the ones to perform the most difficult and riskiest of tasks. History knows times when the Chinese emperors paid a tribute to the Turks to avoid counting raids on their territories. It was not without a reason that Qin Shi Huang had the Great Wall of China built to protect his empire against the invasions of nomadic Turkic tribes.

The Turks developed Tengrism and the cult of the Master of the Sky, centred around God Tengri, and the cult of the Wolf as their principal totem. They arranged the Silk Road – the transcontinental main – thereby acted the link between East and West, delivering caravans of camels loaded with goods along the trade routes on the Great Silk Road. The Khazar Khaganate controlled the entire supply chain and the logistics of the time, protecting the caravans from rival raids.

The logistical corridors that stretched for hundreds, even thousands of kilometres at times, brought together the cultures of the Steppe and the City. The Steppe civilization introduced the richest art that revolved around animal style, which grew into the dominant theme for décor in the steppes and forest-steppes of Eurasia, originally inhabited by Turks.

The Turkic peoples have produced many great minds, who have enriched the universal culture, including many poets and writers. Regrettably, this contribution remains unappreciated to this day. It is at times partly and openly belittled. The 20th century French historian and well-known orientalist Albert Sorel wrote about Turks that ‘There are two unknowns in the world. One of them is the two poles, the other the Turks.’

There have been numerous Turkic empires and other formidable state formations, who stood out for their loyalty to the peoples they conquered, their faith, language, culture, and traditions. This was as good as an absence of colonial policy in the generally accepted understanding of the word. Europe is still under the false impression, imagining the nomadic Turkic tribes and culture as ferocious hordes and merciless savages.

The celebrated ethnologist and Master of Turkic studies Lev Nikolayevich Gumilyov warned the scientific community against the perilous tendency of hunting for features in the culture of another people that seem significant and considering them primitive when none are found.

Having laid the Great Silk Road, the Turks fused various belief systems and demonstrated religious tolerance, desire to adopt other people’s values, exchange innovations. At the same time, they were religiously true to the customs of their ancestors, the language and culture of the Great Steppe. The Turks penned a colossal cultural breakthrough, shaped a new model of an open culture with their unique runic writing.

Masterpieces across various standards of art (Jalaluddin Rumi from Konya, Mevlana, Alisher Navoi, Ulugh Beg the astronomer and grandson of the conqueror Tamerlane, mathematician al-Khwarizmi), architecture (Mimar Sinan), mural painting have become true pearls of the Eastern and Western heritage. The unique music and dancing, such as the women’s belly dancing, folk choir that conveyed the energy of the people and brought the tribes together made for spectacular performance. The famous military commanders who went down in universal history include Bilge Qaghan, Tonyukuk and Turkut Khan – the first founders of the Turkic dynasties and Oghuz tribes, whose memorial signs remain on stone inscriptions in ancient runic writing, the so-called Balbals – Oghuz Khan, Genghis Khan, Tamerlane, Attila, Babur, Batu Khan and others. We can continue the list infinitely. The Turkic Khaganate ruled over a vast territory, from Altai to Danube.

The Turks have left a huge mark on the universal civilization; however it has not been recorded due to a peculiar habit of never returning to the past. What we mean by this is that they never regretted anything in their history, and did not care enough for properly preserving their material culture for centuries to pass them down to their descendants and to serve the entire mankind. The strong nomadic spirit constantly urged the Turkic warriors to move forward. They simply could not stand still. No wonder we have the proverb that says that ‘…the grave of a Turk is on the crupper of his horse, brother in battle or comrade.’ They thought it would stay so forever.

However, the course of historical events is never stable, and they were not destined to know that every so often the historic stage is taken by significant representatives of other peoples and civilizations. Such is the course of social development of history.

The Great Steppe – the very heart of Eurasia, the land of the ancient Turks – has made a unique contribution to the development of world civilization with their lifestyle that bordered between nomadic and sedentary lifestyle. The Turks provided the interaction between the Western and Eastern civilizations for many centuries to come. They forged the very first empire. It was the nomadic Turks, who radically influenced the formation of power institutions in sedentary agricultural societies. They introduced the high prestige of domesticated animals into the lives of settled peoples. They fundamentally impacted the quality of diets of the peoples that contacted with them, increasing the role of proteins.

We have every reason to debate that Turks played a decisive role on the origin and development of modern European and world culture. Murad Adji argues in his book Wormwood of the Polovets Field that the Bulgarians, Serbs, Croatians, Gagauz, Czechs, Hungarians, Austrians, Bavarians, Saxons, Northern Italians, Germans, Spaniards, Swiss, Eastern French, English and West Europeans discovered their Turkic origin and roots. This article is not enough to cover the entire spectrum of those remote historic events of one of the oldest Turkic civilizations on earth, but it suffices to clarify that the Turks rightfully take up one of the prime spots on the pedestal of world civilizations in terms of contribution and influence on universal course of events. Those, who appreciate their roots and culture of their ancestors, will treat the culture of other peoples accordingly. After all, this principle serves the universal idea of mutual cultural enrichment of all peoples on the planet and the value of each pearl of all civilizations as the fundamental testament in the pursuit of preserving and enhancing the human factor on Earth, which we carry responsibility for before the future generations of earthlings.