Sergei Lavrov: "The European Union is pushing the Trans-Caspian pipeline project on Azerbaijan and Turkmenistan" 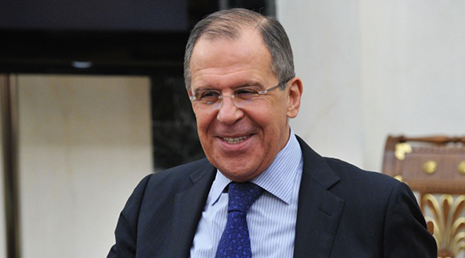 He said the EU forgets that such issues should be solved by the Caspian littoral countries not in Brussels.

The Trans-Caspian gas pipeline will link the Azerbaijani and Turkmen shores of the Caspian Sea to deliver natural gas to Europe through Azerbaijan. 20-30 billion cubic meters of gas is expected to be transported every year via the routes Tengiz (Kazakhstan) - Turkmenbashi (Turkmenistan) - Baku (Azerbaijan) - Tbilisi (Georgia) - Erzurum (Turkey. The cost of the project is estimated at 7.9 billion euros.

Russia announced that the external interference in the Caspian region will strain the situation in the region and can have negative impact on the five-party negotiations: “Decisions on such large-scale projects must be passed with the participation of all Caspian countries.”