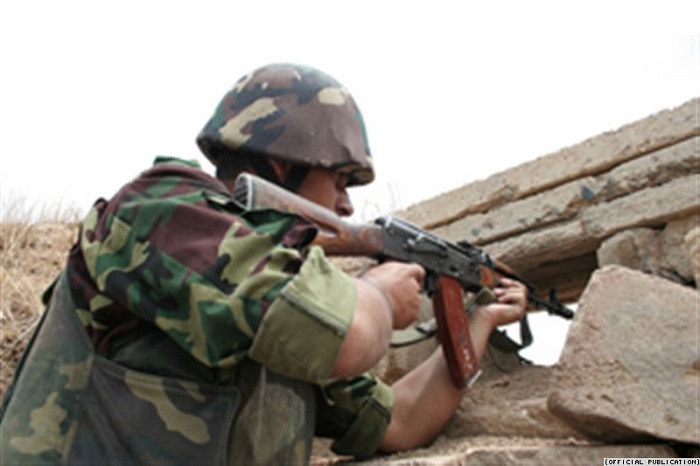 The ceasefire has been violated on the contact line of Azerbaijani and Armenian troops in different positions 66 times yesterday, the Azerbaijani Defense Ministry said on Feb. 4.
Armenian Armed Forces fired on the positions of Azerbaijani Armed Forces from the positions near the villages of Ashagi Seyidahmadli, Ashagi Abdurrahmanli in the Fizuli region, Marzili, Yusifjanli, Shikhlar, Shirvanli in the Agdam region, Tapgaragoyunlu in the Goranboy region, Mehdili in the Jabrayil region and the nameless heights in the territory of the Khojavend region last night.
The shooting was countered by return fire.
The situation on the frontline remains tense.
Most ceasefire violations are being observed in the Fizuli, Agdam, Terter, Goranboy, Khojavand, Jabrail regions, spokesman for the Defense Ministry, Lieutenant-Colonel Vagif Dargahli told Trend earlier.
Dargahli stressed that the number of ceasefire violations has recently increased. There have been over 2,000 incidents since Jan. 21.
The Co-Chairs of the OSCE Minsk Group expressed their deep concern over continued violence in the region, and stressed that recent incidents undermine negotiations and diminish the prospects for peace, the OSCE Minsk Group said following a meeting between Azerbaijani and Armenian Foreign Ministers Elmar Mammadyarov and Edward Nalbandian in Paris.
Use of force will not resolve the Nagorno-Karabakh conflict, U.S. State Department Deputy Spokesperson Marie Harf said at press briefing.
"We have seen the reports and regret any loss of life anywhere, but certainly here as well," she said. "And our position remains that the use of force will not resolve this conflict. We call on all parties to refrain from the use or threat of force."