There are ways to reduce your risk of having a stroke
In a new study, bilingual stroke patients were twice as likely as those who spoke one language to have normal cognitive functions after a stroke, according to findings reported today (Nov. 19) in the journal Stroke.

The reason for the difference appears to be a feature of the brain called "cognitive reserve," in which a brain that has built a rich network of neural connections — highways that can can still carry the busy traffic of thoughts even if a few bridges are destroyed.

"People with more mental activities have more interconnected brains, which are able to deal better with potential damage," said Dr. Thomas Bak, a researcher at the University of Edinburgh in Scotland and a co-author of the study. "Language is just one of many ways of boosting the cognitive reserve," he added.

A stroke occurs when blood flow to the brain is cut off, starving brain cells of oxygen. The major risk factors are high blood pressure, high cholesterol, diabetes and smoking.

Stroke is a leading cause of death and disability in the United States, affecting about 800,000 Americans annually, according to the Centers for Disease Control and Prevention. Nearly 20 percent of stroke victims may die, and many more are left with disabilities such as paralyzed limbs, speech problems, dementia, depression or other mental health concerns, depending on which regions of the brain are damaged.

In the new study, researchers led by Dr. Suvarna Alladi, a professor of neurology at the National Institute of Mental Health and Neurosciences in Bangalore, India, examined stroke patients in Hyderabad, a large city in southern India where people commonly speak two or more languages, independent of their education level or social status. The researchers followed 608 patients for up to two years after a stroke, comparing the 353 bilingual patients with the 255 monolingual patients.

The researchers found that more than 40 percent of the bilingual patients had normal cognitive functions following a stroke, compared with less than 20 percent of single-language patients.

The bilingual patients also performed better on poststroke tests that measured their abilities to pay attention to retrieve and organize information. They were less likely to develop dementia or a related condition called mild cognitive impairment. 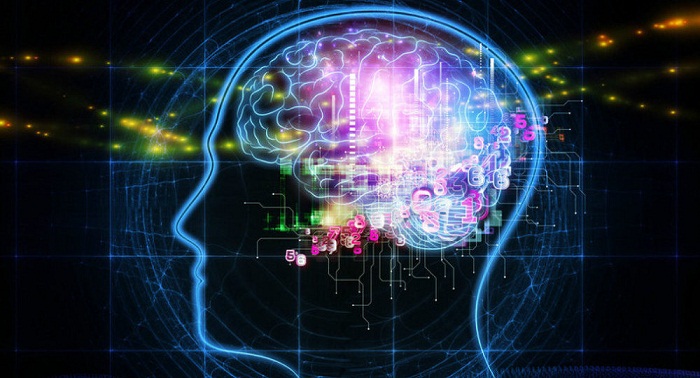 
"The advantage of bilingualism is that it makes people switch from one language to another, so while they inhibit one language, they have to activate another to communicate," said Alladi, who was the first author on the study.

This switching back and fourth — day to day, and sometimes minute to minute — seems to build more neural connections throughout the brain, Bak said. Bak and Alladi`s earlier research showed that bilingualism may postpone the onset of dementia and improve concentration.

The results do not mean that the bilingual people in the study recovered and those who spoke one language didn`t, Alladi stressed. The people in both groups had a range of cognitive outcomes, from complete recovery to lasting dementia.

Still, the difference in the rates of the outcomes between the groups suggests that "bilingualism may predict a better cognitive outcome in relation to global cognitive abilities, and specifically attention," Alladi told Live Science.

Dr. Jose Biller, a stoke expert and brain surgeon at Loyola University Stritch School of Medicine near Chicago, who was not associated with the research, said the study was "intriguing" and "well designed," and contributes to a growing body of research showing that bilingualism, no matter when in life it is attained, may lessen the cognitive decline related to aging.

However, whether the findings in Hyderabad may hold true elsewhere isn`t clear, Biller said, adding that "more studies are needed."

"Constantly switching languages is a daily reality for many residents of Hyderabad," Alladi said. "The cognitive benefit may not be seen in places where the need to function in two or more languages isn`t as extensive."

Interestingly, the researchers found that bilingualism was not associated with better language abilities after a stroke. The bilingual and monolingual patients in the study were equally as likely to experience aphasia, a loss of ability to understand or express speech.

Biller said this part of the findings agrees with research published earlier this year in the journal Brain concerning stroke and aphasia among bilingual speakers in the U.K., and that it certainly warrants further investigation.

Bak has likened language learning`s effect on the brain to swimming`s ability to strengthen the body. Learning a language at any stage in life provides a thorough workout, but other cognitive "exercises," such as doing puzzles or playing a musical instrument, might also benefit stroke recovery, he said.

The research applies to the larger concept of neuroplasticity, in that the brain is dynamic and can adapt to new challenges when properly conditioned, Bak said.