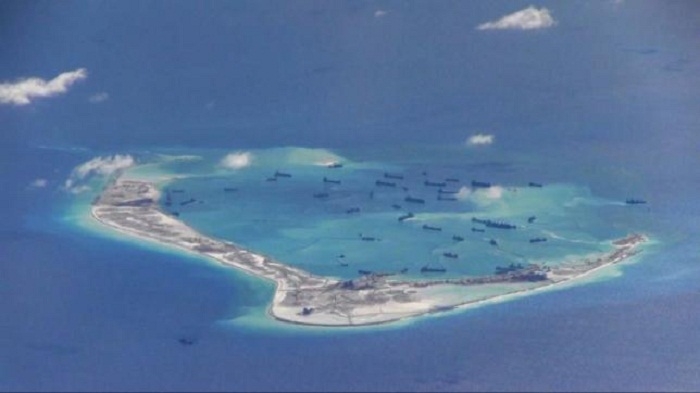 Chinese soldiers and residents on one the islands the country controls in the contested South China Sea can now visit the cinema after the first movie theater in the strategic waterway opened its doors Saturday, according to state media.

Over 200 residents and soldiers of Sansha city on Woody Island, called Yongxing Island by China, turned out to view a Chinese film and mark the opening of the country’s southernmost cinema, the official Xinhua News Agency reported.

“The cinema will show at least one film every day, so residents and soldiers on Yongxing Island can enjoy films simultaneously with moviegoers across the country,” Xinhua quoted Gu Xiaojing, general manager of Hainan Media Croup, as saying.

The Xinhua report said the theater on Woody Island — the largest in the Paracel chain and home to a key airbase — is equipped with advanced projection equipment, “including the latest 4K digital projectors as well as a 3-D perforated screen.”

The operator of the cinema has also purchased two mobile projection units and plans to screen films for free on more islands within the municipality, the report said.

The cinema is part of a plan by local authorities to establish more community services on the islands under Sansha’s jurisdiction, Xinhua said. Sansha also boasts a library and stadium.

China has previously said it plans to build hotels, villas and shops on the Crescent group, which Woody Island is a part of. It has also announced a goal of building Maldives-style resorts throughout the South China Sea, though it is unclear if foreigners will ever be allowed to visit there due to apparent security concerns.

The theater and amenities could help residents and soldiers take their minds off the simmering dispute over the South China Sea, through which $5 trillion in trade passes each year. The Philippines, Vietnam, Malaysia, Taiwan and Brunei also have overlapping claims in the waters, with Hanoi and Taipei also laying claim to Woody Island — China’s administrative base for islands and reefs it controls in the waterway.

China has built seven man-made islands in the Spratly chain, south of the Paracels, where it has militarized those outposts, constructing military-grade airfields and installing what it says is “defensive” weaponry.

China began allowing tourist cruises to the area in 2013 in an effort to buttress its claims to the South China Sea by touting the civilian infrastructure there.

It says much of the construction binge has been for civilian purposes, though the United States and other regional nations have blasted China for militarizing the waters.

The U.S. has conducted so-called freedom of navigation operations in the South China Sea that Washington says challenge excessive maritime claims, including its most recent near Triton Island in the Paracel chain earlier this month.

Those operations have stoked anger in Beijing, which it says violate China’s sovereignty.