Wreck could be sunken Athenia from WW2 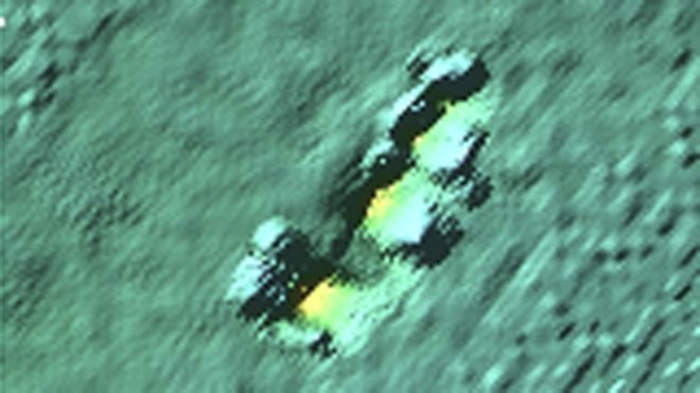 The remains of the first ship to be sunk in World War Two appear to have been identified on the Atlantic seabed.
Shipwreck-hunter David Mearns says sonar data shows the transatlantic passenger liner Athenia to be lying 200m down on Rockall Bank, off Ireland.

A German submarine torpedoed the ship hours after Britain declared war on Hitler in 1939 - more than 100 people, including many Americans, were killed.

Germany initially denied involvement fearing the US would join the war.

U-boat commander, Fritz Julius Lemp, had mistaken the liner for an armed cruiser and the German naval authorities tried to cover up the sub's actions.

They even attempted to blame the sinking on Winston Churchill, who on that very day - 3 September, 1939 - was appointed First Lord of the Admiralty.

The Germans said he had ordered a British submarine to fire on the Athenia as part of a plot to force Washington's hand. The full truth only emerged at the Nuremberg Trials.

Chamberlain's famous "we are at war with Germany" broadcast was delivered shortly after 11 in the morning. The torpedo from U-30 struck the Athenia at 7:38 that evening. She was slow to go down, disappearing beneath the waves, stern first, at 11 the next morning. 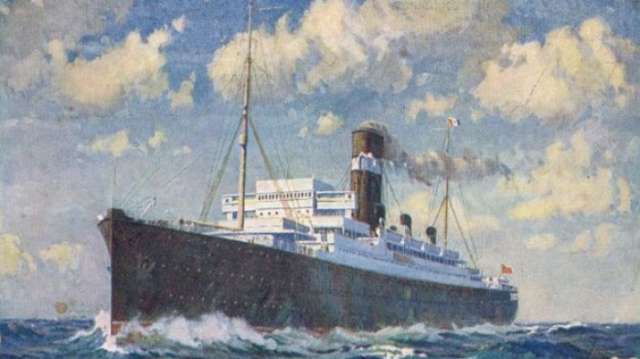 When she left Liverpool on 2 September, three-quarters of her passengers were women and children

David Mearns, who has found some two dozen major wrecks for insurers and TV companies, says the Athenia's hull is visible in sonar data acquired by the Geological Survey of Ireland. It is split in the aft section where the torpedo hit, but otherwise looks to be in reasonable shape, sitting proud of the sediment.

To the untrained eye, sonar imagery can be difficult to interpret, but Mr Mearns says the dimensions of the target match exactly what would be expected of a 160m-long, 13,500-tonne passenger liner. What is more, the coordinates are very close to those sent out by the Athenia's radio officer in his distress call, and recorded in the logbooks of the vessels that came to the rescue.

"Can I go into a court of law and say, '100%, that's Athenia?' No. But barring a photograph I can say in my expert opinion there's a very, very high probability that that's Athenia. Everything fits," Mr Mearns said.

The relatively shallow water on Rockall Bank, an area of raised seabed a few hundred km from the Irish coastline, means it should be reasonably straightforward to send down a remotely operated vehicle to investigate the sonar contact.

The marine scientist first got involved in the search for the wreck in a commission from the BBC. Producers had wanted to stage a live, underwater broadcast from the sunken remains of a famous ship.

In the end, the TV idea was dropped, but Mr Mearns still hopes an expedition can be mounted by someone.

It is the first wreck in his consultancy career "which I've identified from my armchair, so to speak".

Searching the seafloor for sunken ships in this way is usually a wasted pursuit because of the dearth of high-resolution sonar data.

"The Moon and Mars are mapped to a greater degree of accuracy than our seabed. Our own inner-world is largely unexplored," Mr Mearns told BBC News. 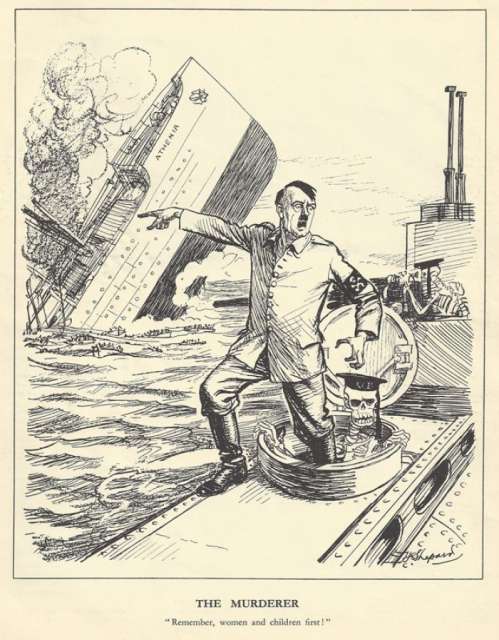 He is now involved in efforts to change this. His expertise means he has been appointed as a judge on the Shell Ocean Discovery XPRIZE, a $7m incentive to get engineering groups to develop innovative seafloor mapping technologies and strategies.

These new approaches would help achieve an international goal set last year to have 100% of the topography of the world's ocean bed mapped by 2030.
"It would be at such resolution that anyone could look for shipwrecks like the Athenia from their desk. That's the ultimate goal, anyway," said Mr Mearns. 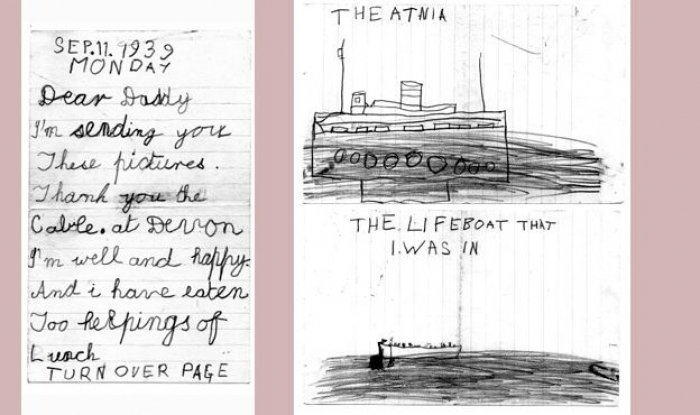 The Anchor-Donaldson Line TSS Athenia was built in Glasgow and the city's Riverside Museum of transport has an exhibition dedicated to the vessel and the stories surrounding its sinking.

The rescue effort by six other ships was nothing short of heroic, according to testimony. 1,306 individuals were successfully pulled off the Athenia in deteriorating seas. Most of those who died were in two lifeboats that were smashed just as they were about to be saved.

"It was a shocking event," said Riverside curator Emily Malcolm. "We've got several items on display including the watch from the ship's cook. We've also got a detailed model of the Athenia. You can see all the lifeboats. It was something Anchor-Donaldson had made when the ship was built," she told BBC News.

Fritz Julius Lemp commanded submarines for another two years. He eventually lost his life in a confrontation in 1941 when his U-110 boat was forced to the surface after being damaged by depth charges. The British captured the submarine and took possession of its Enigma cipher machine.

Senior figures in the German navy were convicted at Nuremberg for war crimes in relation to the Athenia affair. The attack on an unarmed passenger liner was a clear breach of international protocols.