23 arrested in Turkish capital on charges of organizing unrests 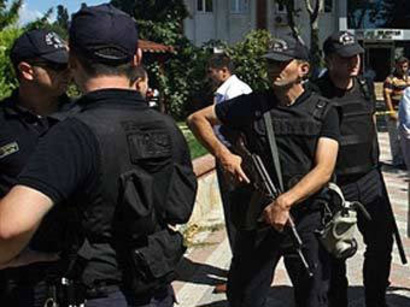 The Turkish police arrested 23 people in the Turkish capital of Ankara, Turkish Anadolu agency reported on Saturday.
They were accused of organizing demonstrations in support of the protests at Istanbul`s Taksim Square.

The arrested will be detained in the general regime colony till the court hearing.

Earlier it was reported that 944 people have been detained during the protests in Turkey.

The protests have been continuing in Turkey for more than twenty days. According to the representatives of the authorities, the protests already have anti-government character.

The Turkish opposition parties also accused the police of using excessive force against the protesters.

Earlier, the Interior Minister of Turkey said that an investigation is being carried out in connection with the use of excessive force against the protesters.