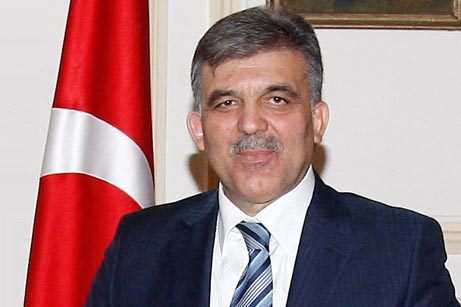 Turkish president extended his congratulations to Hassan Rouhani, who secured a victory at June 14-held president elections in Iran.

Rouhani gathered 50,7 percent of all votes, securing the victory. Rouhani will become the incumbent president of Iran on August 3.

Iran`s current president Mahmoud Ahmadinejad did not participate in the elections due to country`s constitutional laws.

Abdullah Gul expressed hope that the new administration of Hassan Rouhani would be successful, and called on Iran to boosting bilateral relations between Iran and Turkey.

Rouhani in his turn said that deepening the relations and cooperation between Turkey and Iran could lead to solving the crisis issues, as well as establishing security in the region.

Hassan Rouhani yesterday, for the first time since his election, met with a foreign official, in particular Minister of Foreign Affairs and Emigrants of Lebanon, Adnan Mansour.