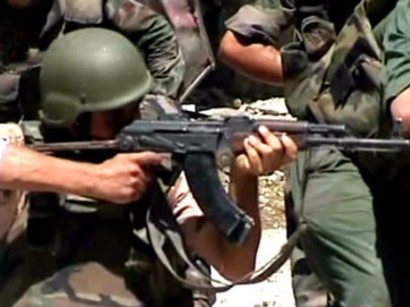 Seven Syrian refugees who have settled in the Turkish province of Hatay were injured in a shootout near the Syrian-Turkish border, Al Arabiya TV channel said on Wednesday.

The fire was exchanged between the fighters of the Free Syrian Army and government forces.

Earlier, it was reported that the number of Syrian refugees in Turkey hit around 500,000 people.

Clashes between government forces and armed opposition have been continuing in Syria for over two years. According to UN statistics, the total number of victims of the conflict in Syria is more than 90,000 people, nearly three million people need humanitarian assistance. The Syrian authorities say that they are opposed by well-armed militants.