Time Person of the Year 2018: Who is in the running to be December's cover star? 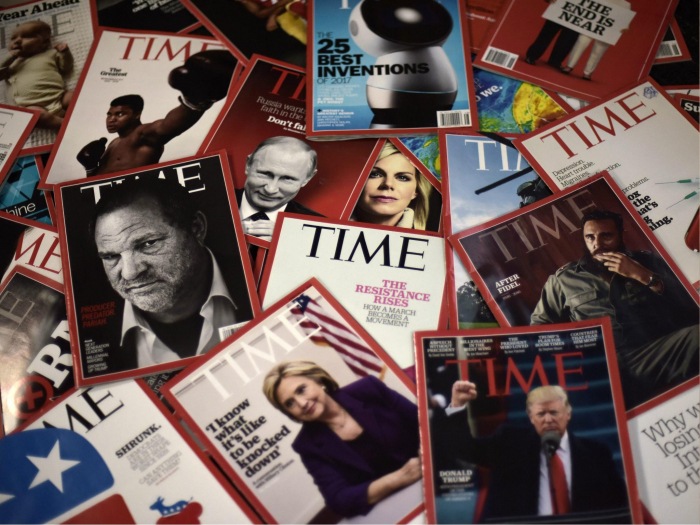 Time magazine will name its “Person of the Year” for 2018 in December.

The winner, who will appear on the cover of next month’s issue, is the person or group of people who, for good or ill, has come to embody the passing year by popular consensus.

The magazine’s editors ultimately choose their candidate, as they have every year since 1927, but an online poll has also been carried out since 1998 to assess the strength of public feeling about particular options.

Who are 2018’s candidates for the Time cover?

The options proposed on Time’s website for 2018 include Christine Blasey Ford, the California academic who presented powerful testimony before the US Senate alleging historic abuse at the hands of Supreme Court nominee Brett Kavanaugh, who could also be said to represent the year.

House Minority Leader Nancy Pelosi is in contention as the figurehead of the “blue wave” that saw the Democrats take seats in November’s midterm elections.

Georgia gubernatorial candidate Stacey Abrams, ultimately defeated at the ballot box, is another choice for casting light on the issue of vote suppression in her state.

Other potential cover stars include the film directors Jon M Chu and Ryan Coogler for their box office success Crazy Rich Asians and Black Panther, Amazon CEO Jeff Bezos for becoming the wealthiest man in modern history and Meghan Markle, the American actress who married into the British Royal Family.

Who were the recent winners?

In 2017, the accolade was given to the silence breakers, those women and men who came forward in the wake of the sexual harassment allegations against Hollywood movie mogul Harvey Weinstein and other influential celebrities to report their own experiences of abuse as part of the #MeToo movement.

Time paid tribute to the silence breakers “for giving voice to open secrets, for moving whisper networks onto social networks, for pushing us all to stop accepting the unacceptable".

In 2016, Donald Trump, then newly crowned president-elect, was named “for reminding America that demagoguery feeds on despair and that truth is only as powerful as the trust in those who speak it, for empowering a hidden electorate by mainstreaming its furies and live-streaming its fears, and for framing tomorrow’s political culture by demolishing yesterday’s.”

Predictably, Mr Trump believes he should be in contention again this year.

Prior to that, the previous list of winners was as follows: