Too much sleep linked to a greater risk of disease and death, study finds 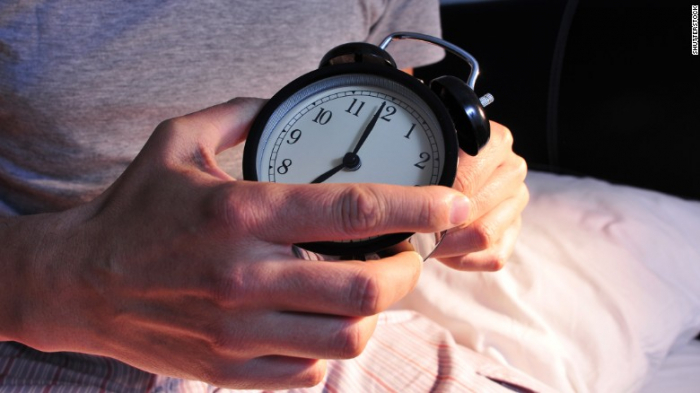 The recommended amount of sleep for adults is six to eight hours a night. Sleeping more than those hours is associated with an increased risk of death and cardiovascular diseases, says a global study published Wednesday in the European Heart Journal.

Looking at data from 21 countries, across seven regions, the research team found that people sleeping more than the recommended upper limit of eight hours increased their risk of major cardiovascular events, like stroke or heart failure, as well as death by up to 41%.

But a possible reason for this could be that people have underlying conditions causing them to sleep longer, which in turn could raise the risk of cardiovascular disease or mortality, explain the authors of the study.

The team, led by Chuangshi Wang, a Ph.D. student at McMaster and Peking Union Medical College in China, also identified a rising risk among daytime nappers.

"Daytime napping was associated with increased risks of major cardiovascular events and deaths in those with [more than] six hours of nighttime sleep but not in those sleeping [less than] 6 hours a night," Wang said.

In those who underslept, "a daytime nap seemed to compensate for the lack of sleep at night and to mitigate the risks," Wang explained.

Previous studies into this topic were mainly carried out in North America, Europe and Japan. The new study brings a global picture.

But the findings are observational, meaning the cause of this association remains unknown.

"Even though the findings were very interesting they don't prove cause and effect," said Julie Ward, a senior cardiac nurse at the British Heart Foundation, who was not involved in the study.

Having less sleep -- under six hours -- was also shown to increase these risks by 9%, compared with people who slept for the recommended six to eight hours, but this finding was not considered to be statistically significant by the team.

In 2014, 35.2% of American adults reported not getting enough sleep with less than seven hours per night, according to the CDC.

Signs in your sleep

The study asked 116,632 adults between the age of 35 and 70 from 21 countries about their sleeping habits. Participants were then followed up over an average of 7.8 years.

The team found that for every 1,000 people sleeping the recommended six to eight hours per night, 7.8 developed cardiovascular disease or died each year. This rose to 9.4 in people who slept six or fewer hours a night.

Francesco Cappuccio, professor of cardiovascular medicine and epidemiology at Warwick University, who was not involved in this study, has done several studies into sleep and its effect on our health. He says that a lack of sleep is "definitely associated with an increased risk of death."

"If you sleep less for a long time you are more prone to develop chronic disease," Cappuccio said, adding that short sleep duration has been shown to increase high blood pressure, obesity and diabetes.

However, the findings for those who underslept were not found to be statistically significant, and the greatest risk was instead seen among those who overslept.

This equates to an increase in risk of a 5%, 17% and 41%, respectively, compared with people who slept the recommended amount of hours.

But Wang pointed out that too much sleep could be a marker for other causes of cardiovascular diseases and death.

Do you get enough sleep?

Cappuccio agreed, adding that "it's not that long sleep causes death or ill health" but that ill health will cause you to sleep more.

Cappuccio mentioned that people who have an undetected illness may suffer from an extension of sleep. If someone has an underlying cancer, for example, they will be more fatigued and debilitated and will tend to sleep longer.

The study's main takeaway is that the optimal duration of estimated sleep is six to eight hours per day for adults, Wang explained.

It is "very important to point out that there are some very simple things you can do to help you sleep better at night," Ward said, advising people to avoid caffeine in the afternoon or evenings, as well as alcohol and nicotine, which can disrupt sleep patterns. Exercise and a balanced diet can help, she added.

Daytime napping was found to be common in the Middle East, China, Southeast Asia and South America and was associated with higher risks of death or cardiovascular problems in those who also got the recommended hours of sleep at night or more.

But, this was not the case for people who slept under six hours per night.
"In these individuals, a daytime nap seemed to compensate for the lack of sleep at night and to mitigate the risks," Wang said.

But for those who slept enough at night, "daytime napping was associated with increased risks of major cardiovascular events and deaths," she said.

"Napping could reflect underlying ill-health (fatigue, tiredness) eventually leading to morbidity and mortality, could be a proxy for sleep deprivation, as a compensatory catch-up mechanism, or could also be a symptom of circadian misalignment," he said.

The study had several limitations, Wang pointed out, as participants were asked to self-report their sleeping patterns and the sleep duration was based on the space between going to bed and waking up.

The team also did not collect data on sleep disorders, such as insomnia, which could have an impact on sleep and also affect health, the paper states.

Wang explained that it is usually not feasible to accurately measure sleep time in large population studies.

The researchers hope that their results will encourage doctors to ask their patients about sleeping patterns when discussing general lifestyle factors, to identify any potential underlying health problems.

Salim Yusuf, professor of medicine at McMaster University and the principal investigator of the PURE study, from which the participants were chosen, said, "For doctors, including questions about the duration of sleep and daytime naps in the clinical histories of your patients may be helpful in identifying people at high risk of heart and blood vessel problems or death."